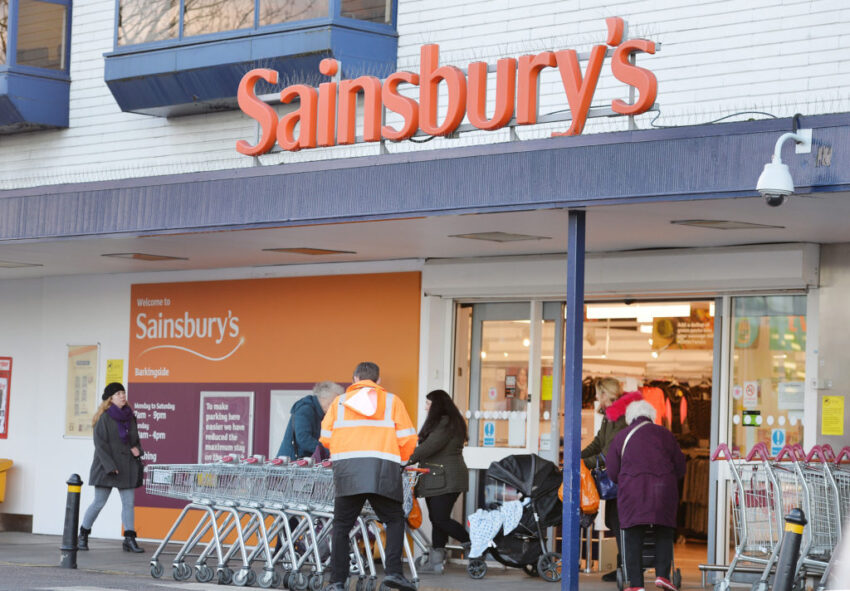 Sainsbury’s has blamed “cautious” consumer spending for falling sales over its festive quarter as its Argos business also suffered after cutting back on heavy discounts.

The supermarket giant – which plans to merge with rival Asda in a £12 billion deal – saw like-for-like retail sales, including Argos and excluding fuel, fall 1.1% in the 15 weeks to January 5.

Boss Mike Coupe joined rivals in confirming that Christmas “came late” this year as shoppers held off until the last minute, while they also traded down amid a general pull-back in spending as Brexit uncertainty weighs.

While grocery sales rose 0.4% over the quarter, Sainsbury’s said this was offset by a 2.3% drop in general merchandise and a 0.2% decline for clothing.

General merchandise sales, including its Argos business, grew “strongly” over the key Christmas weeks, but this was not enough to boost the overall performance.

Mr Coupe said: “Sales declined in the quarter due to cautious customer spending and our decision to reduce promotional activity across Black Friday.”

He added that consumers have become “extremely cautious about what they spend their money on”, down-trading on their groceries and splashing out out less on toys and electricals over Christmas.

The outlook for consumer spending and confidence remains “uncertain” going into 2019, he warned.

The sales fall is worse than expected and comes in contrast to the 3.6% rise reported by rival Morrisons on Tuesday for the nine weeks to January 6, with retail sales up 0.6%.

It also marks a change in fortunes after Sainsbury’s enjoyed a 1% sales rise in the previous quarter and saw festive sales lift 1.1% a year ago.

Industry data on Tuesday pointed to a tough Christmas for Sainsbury’s, with Kantar Worldpanel saying the chain was the worst performer of the Big Four with its market share dropping to 16.2% over the final quarter of 2018.

Across its supermarkets, online sales rose 6% and convenience stores saw 3% growth in the quarter.

The group said electricals and toys sales were among the worst hit at its Argos business, with toys seeing double-digit declines.

Mr Coupe said the group had decided to be “sensible” by offering fewer pre-Christmas discounts, adding that Black Friday had “got a bit carried away with itself”.

All eyes will be on Sainsbury’s and its Asda deal over the next month, with the competition watchdog due to give its initial verdict by early February.

Sainsbury’s recently won more time to respond to the Competition and Markets Authority (CMA) after a tribunal found in its favour.

On prospects for approval for the proposed merger, Mr Coupe said his confidence in the deal remains the same.

He said: “In that respect nothing has changed … we remain confident in the case we are making to the CMA.”

George Salmon, equity analyst at Hargreaves Lansdown, said: “While there’s little Christmas cheer in these numbers, Sainsbury’s investors could yet get a delayed present if the CMA approves its proposed tie-up with Asda.”