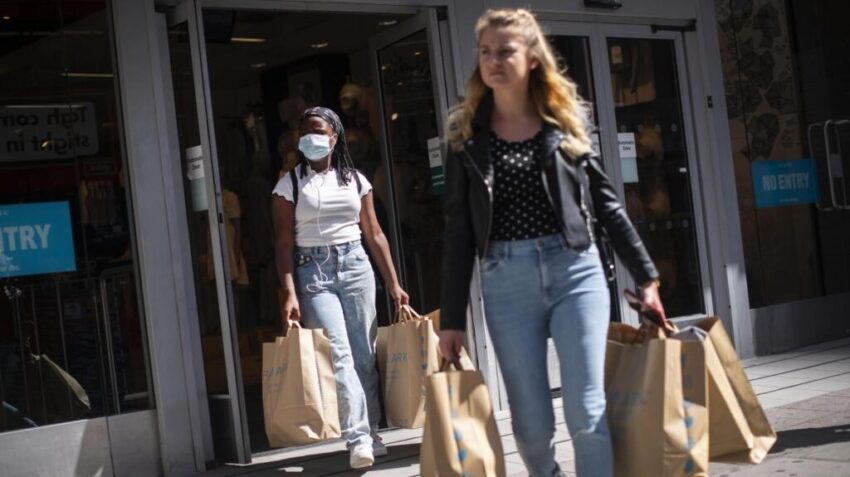 Shoppers are coming back to the high street but the retail sector is still struggling to return to normal, according to the British Retail Consortium.

Figures from the trade association and KPMG, the accountant, show that retail sales rose by 3.4 per cent in June. Sales grew for the first time since the lockdown was imposed and at their fastest rate since May 2018.

Helen Dickinson, chief executive of the British Retail Consortium, said: “June finally saw a return to growth in total sales, primarily driven by online as a result of lockdown measures being eased and pent-up demand being released. Though a month of growth is welcome news, retail is not out of the woods yet. The pandemic continues to pose huge challenges to the industry, with ongoing store closures and job losses across the UK.”

Over the three months to June, non-food retail sales fell by 15 per cent. Food retailers performed strongly, with sales rising by 3.8 per cent on an overall basis. This was higher than the 12-month average growth rate of 2.7 per cent.

Although activity in the retail sector is rising now that lockdown restrictions have been eased, consumers are still cautious about returning to the high street because of concerns about personal finances and the threat of a second wave of infections.

Rising unemployment and falling incomes are weighing on household confidence but large segments of the population have become better off during the crisis. Many households have built up their savings during the lockdown as they were unable to spend money on holidays and meals out.

Economists fear that households will continue this rate of saving even though the restrictions have been eased. Persistent fears could encourage people to put aside a greater proportion of their income, which would undermine the economy’s recovery.

The government announced stimulus measures last week to encourage consumers to spend again. It cut VAT for the hospitality industry and offered “eat out to help out” discounts in restaurants.

Paul Martin, UK head of retail at KPMG, said: “Retailers won’t be picking up where they left off and months of reduced or no sales will threaten the survival of many. The pandemic has significantly changed consumer behaviour. It’s therefore vital that routes to market and ways of working are adapted with that fact in mind.”

A separate report from Barclaycard found that consumer spending fell by 14.5 per cent year-on-year in June. This was the smallest decline since lockdown began, which suggests that the downturn has bottomed out.

Spending on essential items grew by 6.6 per cent, up from 5.7 per cent in May. This was driven by supermarkets, where sales jumped 25.7 per cent. Online grocery spending more than doubled, rising 105.9 per cent year-on-year.

Demand for non-essential items remained weak, with expenditure falling by 22.3 per cent. However, this was an improvement on the 36.9 per cent decline registered in May.