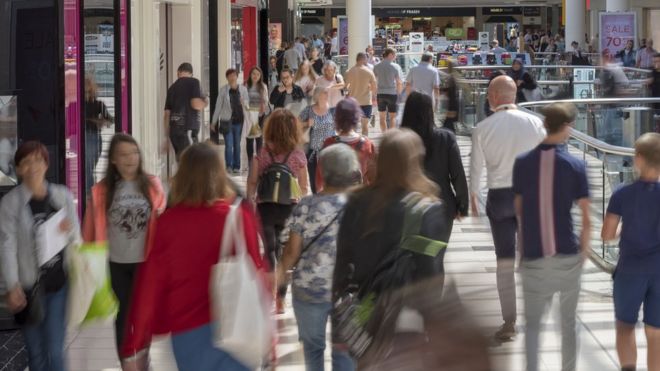 Intu, which owns some of the UK’s biggest shopping centres, has approached its shareholders to ask for more money amid a downturn in the retail sector.

Reports suggest that the company could be asking for £1bn from investors.

Last year, retail sales fell for the first time in a quarter of a century, according to trade body the British Retail Consortium.

The tough trading conditions have hurt landlords, who are struggling to fill vacant stores. Firms like Debenhams, Toys R Us, House of Fraser, New Look and HMV have all tried to negotiate with landlords to reduce rent.

Intu has been at the sharp end of some of the most high-profile retail failures as more firms shut up shop amid heightened competition from online.

The company has already warned that its £5bn debt pile is too high, and Intu has started selling shopping centres to raise cash.

But on Monday, the firm also said it would be asking shareholders for more money, although it did not say how much cash it would be seeking. The company’s statement was released in response to reports at the weekend that Intu was looking to raise up to £1bn.

In a statement, Intu boss, Matthew Roberts, said its occupancy rate was “stable” at 95%. He added that 97% of rent had been collected from tenants for the first three months of 2020, which he said was evidence of a “lower risk” customer base.

“We have delivered a robust operational performance for 2019 finishing with a busy Christmas trading period.”

He said total footfall in the UK was the same as last year, which was better that other shopping centres that saw declines.

Intu’s share price has collapsed since its high of nearly 900p in 2009.

But the shares stood at 34p when trading began at the start of 2020. The shares fell as much as 10% in early trading on Monday.