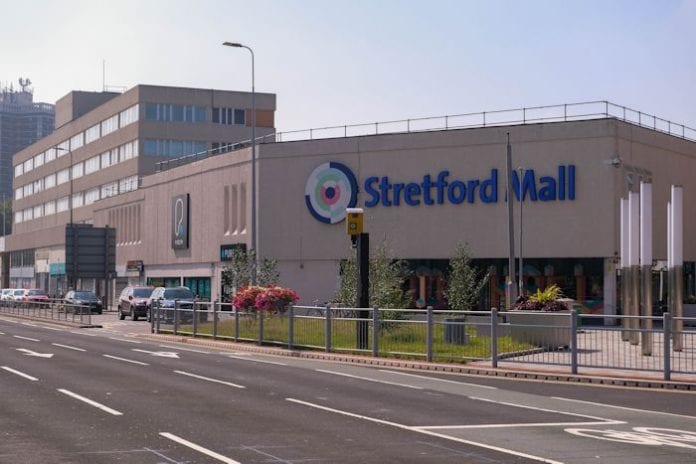 One of the country’s biggest property investment families has called the bottom of the shopping centre slump after spending almost £23 million on two struggling properties.

The Oglesbys, who are worth an estimated £667 million and control more than £1 billion of properties, say that the slide in retail values has reached its nadir and the asset class now represents a big opportunity.

Bruntwood, the Oglsebys’ company, which is based in Manchester, bought Stretford Mall and the Stamford Quarter in Trafford in a 50:50 joint venture with Trafford council. Each invested £22.5 million in the centres and adjacent land suitable for development.

At the weekend it emerged that the American real estate investor Prologis had snapped up a shopping centre in north London for £51 million because it saw a value opportunity by converting it into a warehouse park.

Chris Oglesby, chief executive, and a finalist for Leader of the year at the prestigious Lloyds Bank National Business Awards in November, said: “We believe that these two assets, assuming they get proactive investment, have reached the lowest point in their value and their value today represents a huge opportunity.”

The switch to online shopping in the past few years has cut shopping centre rents and values and left investors with big losses. Last month a flood of redemption requests led M&G to shutter its principal commercial property fund, M&G Property Portfolio.

While some pundits have predicted that the pendulum would swing too far and there would be bargains to be snapped up, Bruntwood, which previously specialised in science and technology parks, is one of the first to take the plunge.

Mr Oglesby said: “There’s a huge opportunity for town centres because the shift to online for a lot of areas has probably plateaued and what people want is a community experience.”

Bruntwood is considering “slightly shrinking” the amount of retail in both centres but will prioritise increasing the amount of homes and offices around them in order to increase footfall. The developer is keen that they do not become “identikit places”.

Mr Oglesby said: “The biggest single factor for these town centres in my opinion hasn’t been online [shopping] – it’s been the hollowing out of towns as a result of the development out of town. We’ve got our town centres completely wrong since the 1980s and our industry coupled with civic leaders are to blame.”

In another sign that retail property values have hit rock bottom Prologis, the American real-estate investment trust that owns warehouses used by technology companies including Amazon, has bought a retail park in Edmonton, north London, from M&G’s shuttered fund.

The deal, first reported by React News, a property news website, is thought to be the first retail park bought in the UK with the intention to convert to logistics. Prologis, the warehouse company listed in New York, bought Ravenside Retail Park for £51.4 million.

Warehouses and distribution centres have seen sharp rises in value and rents, in contrast to bricks-and-mortar stores, as a result of rising demand for warehouse space from online retailers. Tenants at the retail park include Mothercare, which is due to close, Wickes, Argos, Wren Kitchens and Carpetright.

The string of retailers due to report Christmas trading figures in the next few weeks will give clues about how deeply the move online is hitting shops.

Mat Oakley, head of UK commercial property research at Savills, said after shopping centre values fell by 27 per cent last year and rents fell by 26 per cent, that he thinks 2020 will be “the year that UK retail pricing bottoms out”.

He added: “Bad retail will continue to suffer. There will be retailer failures on the March quarter day I’m sure and through next year but I think particularly in the retail warehousing sector, the turning point is going to come.”