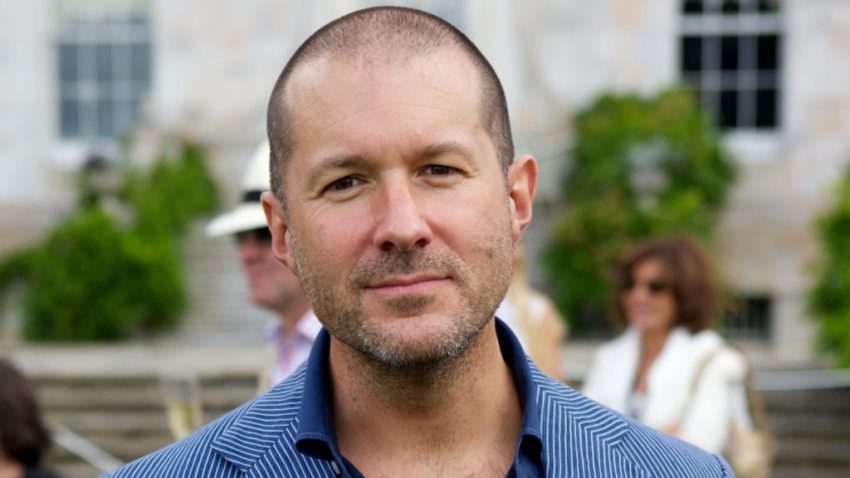 Apple’s design guru Sir Jonathan Ive has announced he is leaving the tech giant to form his own studio after nearly 30 years with the business.

The British designer has been responsible for the look and feel of Apple’s biggest products for more than two decades, including the iMac series, the iPod and the iPhone, as the company’s chief design officer.

Sir Jony, 52, who is considered the most successful Briton working in Silicon Valley, said his design company will be called Lovefrom and will count Apple “among its primary clients”.

The move is likely to shock investors who have come to regard Sir Jony as a crucial asset. He was vital in the turnaround of the company’s fortunes under Steve Jobs in 1996. Shares in Apple fell 1 per cent to $197.85 on the news of his departure last night, valuing the group at $919 billion.

His exit comes as Apple makes the move towards a focus on its software services, which include the App Store, as iPhones decline. Sensor Tower, a San Francisco-based market research firm, estimates that iPhone and iPad users spent $46.6 billion on apps last year.

Apple is still best known for the iPhone, which Sir Jony designed, and which makes nearly three fifths of the company sales. The company also makes iPads and Mac computers and software such as Apple Music, the streaming service.

Sir Jony said: “After nearly 30 years and countless projects I am most proud of the lasting work we have done to create a design team, process and culture at Apple that is without peer. Today it is stronger, more vibrant and more talented than at any point in Apple’s history”.

Tim Cook, the chief executive, said that Sir Jony was a “singular figure in the design world”, adding that his role in the company’s revival “cannot be overstated”. Mr Cook, 58, added that Apple will continue to “benefit from Jony’s talents by working directly with him on exclusive projects, and through the ongoing work of the brilliant and passionate design team he has built”.

After graduating from Newcastle Polytechnic — now Northumbria University — in 1989, Sir Jony began his career working as a commercial designer before founding a design agency named Tangerine with three friends. Apple was one of the agency’s clients and was so impressed with Sir Jony’s work that it took him on as a full employee in 1992. By 1996 Sir Jony was leading Apple’s design team and worked closely with Jobs to turn around a company that at the time was slashing jobs as it struggled to revive.

Sir Jony was described by the late Apple co-founder as his “spiritual partner”, while Sir Jony called Jobs “his closest friend”. Jobs’s attention to detail combined with Sir Jony’s eye for design turned Apple into one of the most successful companies in the world. In an interview with the Financial Times, Sir Jony said: “While I will not be an employee, I will still be very involved — I hope for many, many years to come. This just seems like a natural and gentle time to make this change.”

In recent years, Sir Jony’s role has evolved from its devices to working with Apple’s former retail chief Angela Ahrendts to overhaul the company’s stores, adding indoor trees and simplifying product packaging. He also oversaw the move to its new headquarters, the spaceship-shaped Apple Park campus conceived with Jobs in 2004 and designed alongside the British architecture firm Foster + Partners.

Neil Cybart, an independent Apple analyst with Above Avalon, wrote in a research report on the company’s leadership structure in November that: “Jony’s contributions are found in literally every product Apple has shipped during the past 20 years.He oversees the vision guiding the largest design company in history.”

Sir Jony will not have an immediate successor. Evans Hankey, vice-president of industrial design, and Alan Dye, vice-president of human interface design, will assume his responsibilities, Apple said, reporting to Jeff Williams, the chief operating officer, unlike Sir Jony who reported directly to Mr Cook.

Marc Newson, the Australian designer who joined Apple in 2014, will join Sir Jony at Lovefrom. The company will hire a “collection of creatives . . . from around the world that come from quite diverse areas of expertise”, Sir Jony told the Financial Times. He added that one focus for the new company will be on wearable technology that relates to health and wellbeing.