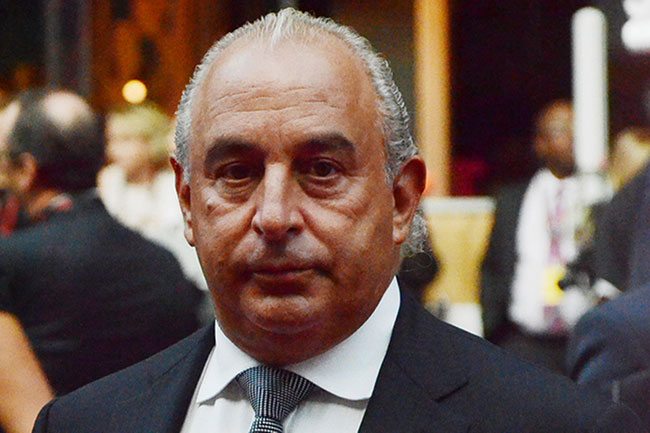 Retailer Philip Green is asking for taxpayer help to prop up his crumbling fashion empire, with 14,500 employees set to be paid out of the government’s emergency wage support scheme.

Like other fashion retailers, Arcadia, which owns brands including Topshop, Dorothy Perkins and Miss Selfridge, is facing financial turmoil as the lockdown prevents Britons from shopping. The company has already asked landlords for rent cuts and paused payments into its pension scheme.

Arcadia closed its 550 shops a fortnight ago but, with no end to the high street shutdown in sight, said it had been forced to take the drastic step of standing down the majority of its staff. The retailer said 14,500 of its 16,000 employees – a group that includes shop and head office staff – would be furloughed by the weekend, leaving a skeleton team in place. The government’s job retention scheme covers 80% of an employee’s wage, capped at a maximum of £2,500 a month.

The economic upheaval triggered by the health crisis means companies are now queueing up to accept government help. British Airways also intends to use the government furlough scheme to stand down more than 30,000 staff, from cabin crew to ground staff, engineers and head office employees, until the end of May. However, there will be no cap on earnings, said Unite the union, with BA making up the difference for higher earnings.

Arcadia’s chief executive, Ian Grabiner, who will receive no pay or benefits until further notice, said using the scheme was “essential” to get the company through “these unprecedented times”. Other board directors and senior managers have agreed to take a salary reduction of 25%-50%.

Nonetheless, Green’s use of government support is likely to rankle. The businessman was lambasted for his stewardship of the now defunct BHS chain after a high-profile parliamentary investigation concluded that it had been systematically plundered by its owners (Green eventually agreed to pay £363m into the BHS pension scheme).

Arcadia is owned by the entrepreneur’s wife, Tina Green, who is based in tax-free Monaco. The couple famously banked a £1.2bn dividend in 2005, which still stands as one of the biggest pay cheques in British corporate history. The fashion group, best known for its Topshop brand, only just managed to stave off collapse last year after creditors backed a rescue plan that involved the closure of 50 stores, 1,000 job losses and rent cuts of up to 50%.

Sofie Willmott, a retail analyst at the consultancy firm GlobalData, predicted that other clothing and footwear chains would follow suit. “With clothing and footwear spend dropping off a cliff, retailers are cutting costs where they can to protect their long-term futures. There is no work for store staff while non-essential physical locations remain closed and head office employees will have little to do other than manage the cancellation of orders and attempt to drive online sales.”