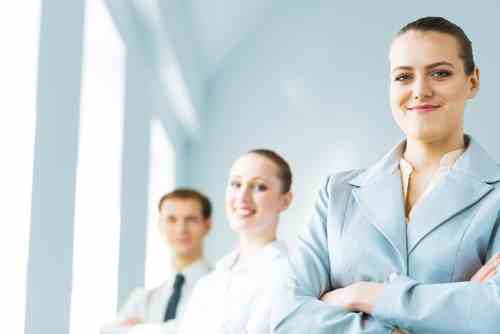 Employers will not be able to make the most of the recovery because they are unable to find candidates with the right skills for more than one in five job vacancies, a government agency has warned.

Around 22 per cent or 124,800 of 559,600 job vacancies in England are so-called “skills shortage vacancies” according to a report by the UK Commission for Employment and Skills (UKCES).

The number has almost doubled since 2009, while the overall number of job vacancies has risen by 45 per cent and is back to pre-crisis levels, reports The Guardian.

Douglas McCormick, a commissioner at UKCES and managing director of the engineering consultancy Atkins, said businesses needed to act now to plan their staff pipeline or risk being unable to fulfil contracts.

He said: “Whilst the rise in the number of vacancies is a good sign that the economy is recovering, there’s a real possibility that businesses might not be able to make the most of the upturn because they don’t have the right people.”

Responding to the report the CBI said more high-quality apprenticeships were needed, as well as a “sea change” in the quality of careers advice in schools.

Neil Carberry, director for employment and skills at the business group, said: “The flip side of faster growth is an escalating skills crisis. While this isn’t surprising, it makes it all the more urgent to close the skills gaps in science, technology, engineering and maths to support the recovery.”

The report noted that new pockets of skills shortages had started to emerge, including among nurses and human resources professionals.

Looking more broadly at the UK, the problem is most acute in Scotland, where 25% of vacancies are the result of skills shortages according to the survey of more than 90,000 employers between March and July 2013.

McCormick said there had been no significant change in the percentage of staff in the UK receiving training from their employer for a decade. The amount spent on training has decreased from £1,680 per employee in 2011 to £1,590 in 2013. “There are also signs that some employers might be trying to solve their skills problems by choosing to recruit highly skilled and qualified staff to do very basic jobs,” he said.

It came as the British Chambers of Commerce (BCC) published a skills and employment manifesto, arguing that the failure to equip young people with the skills employers were looking for risked the UK’s future prosperity.

Nora Senior, the BCC’s president, said: “Skills will decide who wins and who loses in a 21st-century economy – yet employers across the UK constantly say they struggle to find prospective employees, particularly those leaving education, who have the right skills to succeed in the workplace.

“The world has changed at a rapid pace. If Britain doesn’t keep up, employers who are unable to access the skills they need or those unwilling to invest in training will lose business to other firms at home and abroad, putting us at a disadvantage.”

The BCC said the government must work with schools, colleges and employers to ensure the UK had a workforce that was “fit for purpose”.

Assessing and rating schools by their success at equipping students with “employability” skills was among the BCC’s proposals, as well as tax incentives for the development of foreign language and export skills.