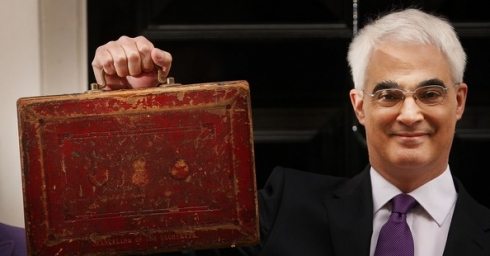 Amongst the most popular measures proposed was a tax break backed by over a million small businesses to hire NEETs, a group which traditionally costs the taxpayer on average £97,000 during a lifetime.  Economic modelling shows that benefit from such a measure would far outstrip the cost.  It would generate a projected £238 million in revenue per year, helping 175,000 back to work at a time when the country continues to struggle with high unemployment.

The research of over 500 small businesses, carried out by YouGov for telecoms company O2, to better understand the ways in which they can support the economy beyond direct taxation, whilst in many cases also providing wider social benefit. Other measures they are calling for as part of their ‘blue sky budget’ include tax breaks to hire people from job centre plus (19 percent of small businesses) and tax breaks for hiring unemployed parents (17 percent of small businesses), a key target for the government in its drive to lift children out of poverty .  Take this across the sector and the latter would be worth £287 mln in tax generated income and £5.5 bln in output to the economy.  Echoing recent calls to increase the age of retirement, the equivalent of over 1.7 million small businesses (35 percent) would also welcome incentives to retain experienced staff over the age of 65.  Estimates suggest that extending working lives within the sector by two years would pay huge dividends, earning the UK £7.5 bln in output per year.  Taken as a whole, the measures could generate an estimated 6.471 bln in tax revenues over the next four years, the timeframe in which the government has pledged to halve the UKs budget deficit.

As part of the research, small business decision makers were also asked their thoughts on the real budget, due tomorrow (24 March).  Key among their concerns was the impact an expected National Insurance increase would have on their bottom line.  According to predictions, over 1.3 million  (28 percent) would have to sacrifice pay rises to staff in order to pay for the measure, whilst 19 percent wouldn’t be able to make hires planned for the year. Extrapolated across the sector, this would result in missed opportunity for over 140,000 hires, equating to nearly a billion in tax revenues per year, far overshadowing any benefit gained from the NI Increases

Commenting on the finding’s O2 Head of small business marketing Simon Devonshire said: “In the current political climate, we can’t underestimate the credibility and insight that comes from small businesses and their power to affect change.   As the single biggest employers in the UK, these findings reflect their position as the driving force behind our economy.”

Taxation continues to be a bug-bear for small businesses looking to reduce the burden on their sector.  Over nine hundred thousand (20 percent) would welcome an increase in alcohol and tobacco duty if it meant a reduction in corporation tax, a move which would be good for the nations’ health as well as its coffers.  Meanwhile, red tape continues to be the burden most would like to see reduced (34 percent, the equivalent of over 1.6 million small businesses), whilst traditional rivalries between the private and public sector remain alive, with over a third of those questioned calling for a portion of civil service salaries to be redirected to help small businesses still struggling with low lending in the wake of the credit crunch.