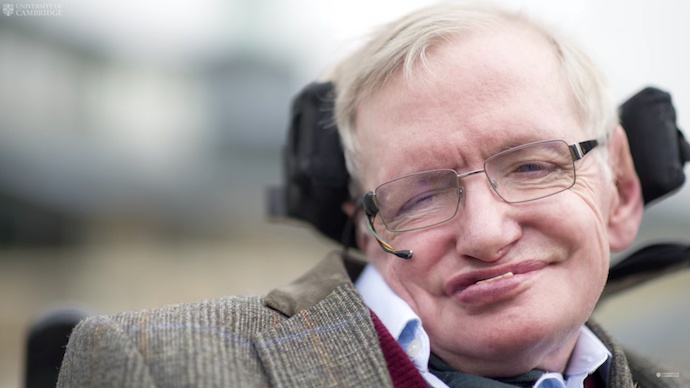 Theoretical physicist Stephen Hawking, who famously authored A Brief History of Time, was named the most inspirational by 41% of the respondents.

When asked why, over half of those who voted for him claim he is inspirational as he stands out from the crowd, and 54% agree that he inspired a generation. Brits praised the way he overcame incredible physical challenges to achieve his success, helping to teach people valuable lessons about life.

Natural historian and national treasure Sir David Attenborough was given second place, with over a third of the nation voting for him. Overwhelmingly, 70% of those who voted for him claim he has inspired a generation – most likely due to his part in efforts to raise awareness of the harm plastic is causing to marine life around the world and calls to reduce plastic use, through Blue Planet II.

Florence Nightingale was named the most inspirational woman, gaining a third of the votes. Nightingale, who is most recognised for her service during the Crimean War, and later her work professionalising nursing roles for women, inspired the nation because of her contribution to society.

Interestingly, the top list was dominated by historical figures rather than modern ones, with icons such as David Bowie, J K Rowling, Levi Roots and Nicola Adams all missing out on a place in the top 20.

Mike Price, Director at MPA Group, said: “For an island, the UK is full of inspirational figures, both historical and modern. It’s great to see how many British inventors or innovators made the list, and how many of them are continuing to be an inspiration to the younger generations.

“With over 13,000 patent applications filed in 2017, innovation across the country continues to rise, and we are looking forward to seeing which modern British inventors could be added to this list in the next decade.”