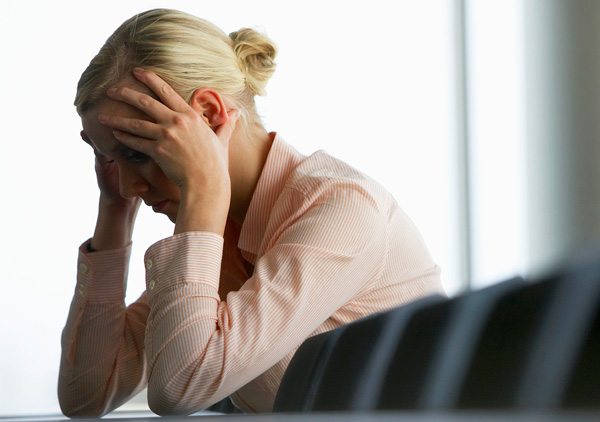 The new figures highlight that 55 per cent of respondents felt that their employment had an adverse affect on their mental well-being and day to day life. More than half admitted that they found it hard to ‘switch off’ after a day’s work, and 34 per cent of those questioned suffered feelings of lack of control over, or an inability to cope with, the stress caused by their working life.

Dr Jeremy Broadhead, consultant psychiatrist at the Priory Group, who commissioned the research, said: “These figures show the magnitude of the problem of work-related stress and the detrimental effects on both the individual and the business.

“Stress, whether physical or mental must be taken seriously. We all recognise physical strains on our body and the damage that may be caused. For example, if we injure our knee we don’t keeping running on it because it would cause further damage. We take care of it. Psychological stress, as well as being hard to bear and destructive for our lives, can damage the brain. It is too often ignored.

“Too much pressure and uncertainty at work, and difficult relationships there and at home, can cause psychological stress. As the figures show, the result can be psychiatric illness, misuse of alcohol and a change in demeanour.”

The HSE Labour Force Survey 2010/11 found that 10.8 million working days were lost due to stress, anxiety or depression, and the average number of days lost during each absence was 27.

It is not just absence which hits business. Figures from the Centre for Mental Health show that most people suffering with stress continue to work, but may struggle with concentration and effective decision making. It is estimated that this ‘presenteeism’ costs UK businesses £15.1 billion per year in reduced productivity.

Dr Broadhead continued: “When a person is ‘stressed’ their thought processes speed up, they find it difficult to switch off at the end of the day and often cannot sleep. They can become irritable and preoccupied, and become poor company at home. Alcohol is often used as self medication, with this research highlighting that 23 per cent use alcohol as a crutch to forget about problems and stresses at work. Letting these problems persist makes individuals vulnerable to developing a psychiatric illness – most likely a mood or anxiety disorder.