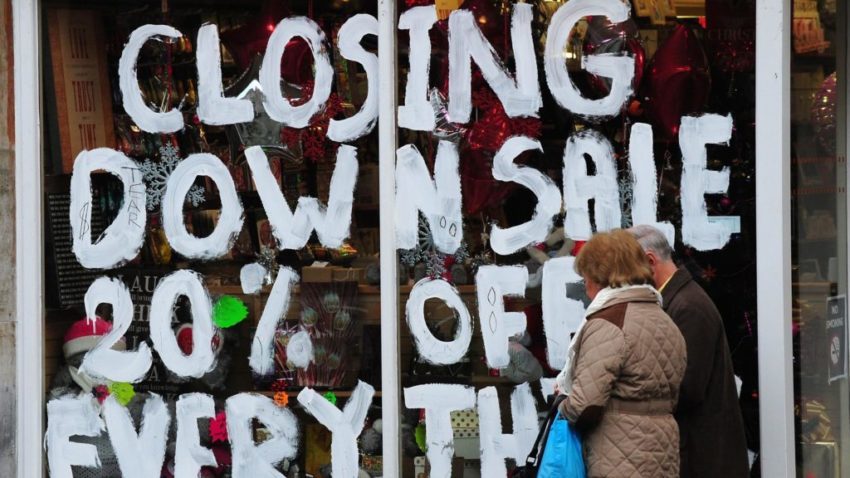 About 57,000 retail workers lost their jobs last year, according to an assessment that underscores the problems on Britain’s high streets.

Only a fortnight after it published figures that showed the first fall in total retail sales for a quarter of a century last year, the British Retail Consortium said that the number of employees in the sector had dropped by 1.8 per cent in the fourth quarter, compared with the same period the previous year.

The organisation said that the number of new shops being opened during the final three months of 2019 had increased by only 0.2 per cent, its lowest level in three years.

As it highlighted a rise in the number of retailers planning to take on fewer staff this year, the consortium called on the government to provide relief to the struggling sector by reforming business rates and making the recruitment of apprentices more flexible.

The BRC is the main trade association for the retail industry. It was formed in 2002 when the British Retailers’ Association and the Retail Consortium merged. Its membership is said to consist of more than 5,000 businesses behind £180 billion of annual sales.

High streets are undergoing almost unprecedented upheaval because of the widespread downturn in consumer confidence and as shoppers buy more goods over the internet.

Although the BRC said the figures showed that employment in the retail sector has been falling year-on-year for 16 consecutive quarters, the annualised drop of 1.8 per cent between October and December was smaller than the 2.8 per cent fall recorded in the fourth quarter of 2018.

It said that the figures offered proof that the transformation of the retail industry is continuing, with full-time employment dropping by 3 per cent in the final quarter last year and part-time jobs down by 1.2 per cent.

Helen Dickinson, 53, chief executive of the BRC, said: “There were many challenges in 2019: businesses had to contend with the repeated risk of a no-deal Brexit, a general election and the transformation of the industry, leading to weak consumer demand. As a result, employment has suffered in retail, the UK’s largest private sector employer. This matters.”

After temporarily increasing their workforces to deal with the Christmas rush, the BRC said that 38 per cent of retailers were planning to hire fewer staff during the first quarter, up from 29 per cent at the end of 2018.