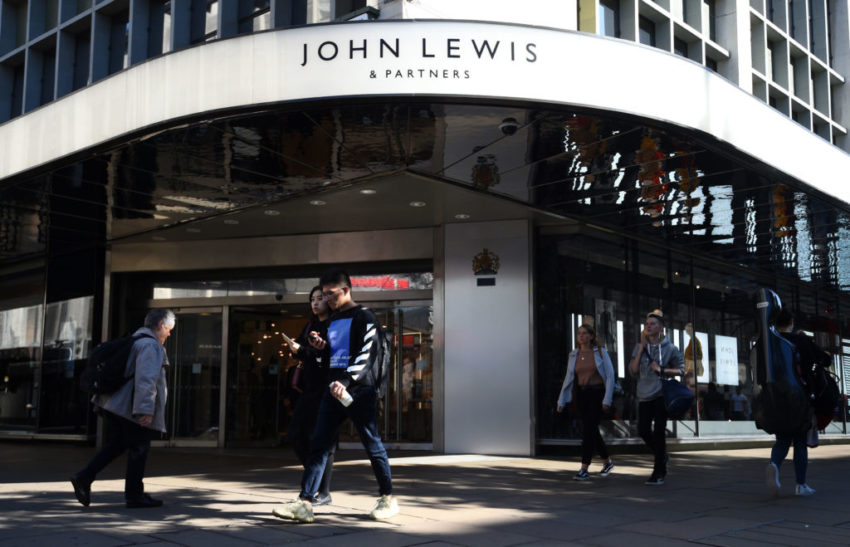 Tesco, John Lewis, Marks & Spencer and Debenhams were among a host of retailers reporting festive trading figures on Thursday as the high street braces for another difficult year.

John Lewis’ 83,000 staff woke up to news that their annual bonus is under threat for the first time since 1953 as the firm battles challenging trading conditions.

The retailer also expects profits to be “substantially lower” this year amid slower sales growth.

The retail sector endured its worst December since the financial crisis, as a combination of falling consumer confidence in the face of Brexit uncertainty and soaring costs hit the sector hard.

Marks & Spencer sales were also under pressure, with the performance of both clothing and food wilting.

Over its Christmas quarter, the bellwether said like-for-like clothing and home sales dropped 2.4% over the 13 weeks to December 29 while comparable food sales fell 2.1%.

Total clothing and home sales fell by 4.8% as it was knocked by a raft of store closures under its overhaul.

It was also stung by unusually warm weather and falling consumer confidence in November.

Under pressure department store chain Debenhams also served up another set of dismal results, recording a 3.4% decline in like-for-like in the six weeks to January 5, weighed down by the UK where sales were 3.6% lower due to weaker footfall.

The company warned that the UK trading environment is still “volatile”, with savvy consumers actively seeking out discounts.

In brighter news, Tesco emerged a winner after unveiling its best set of Christmas trading figures in nearly a decade, with the UK’s biggest retailer lauding promotions on festive staples including vegetables and meat helped.

The grocery giant posted a 2.2% rise in UK like-for-like sales in the six weeks to January 5, outperforming the wider market in all key categories – food, clothing and general merchandise.

The car and cycling retailer now expects profit for the 2019 financial year to be between £58 million and £62 million. Analysts had been predicting closer to £70 million.

Meanwhile, Card Factory has warned that underlying profits for the 2020 financial year are likely to be flat, as it braces for another “difficult” trading period.

It comes after a “challenging” Christmas period for the company, with like-for-like sales down 0.5%.

The retailer said it still expects to deliver earnings of between £89 million and £91 million for the current financial year.

Card Factory revenue was up 3.4% in the 11 months to December 31, while like-for-like sales growth was broadly flat at 0.1%.

Bargain retailer B&M saw a tough November hit sales over its Christmas quarter, but said trading bounced back in the crucial final month.

The chain reported a 1.6% fall in UK like-for-like revenues over the 13 weeks to December 29 after a “difficult” November.

However, B&M said UK comparable sales lifted 1.2% in December, with the improved trading continuing into January.