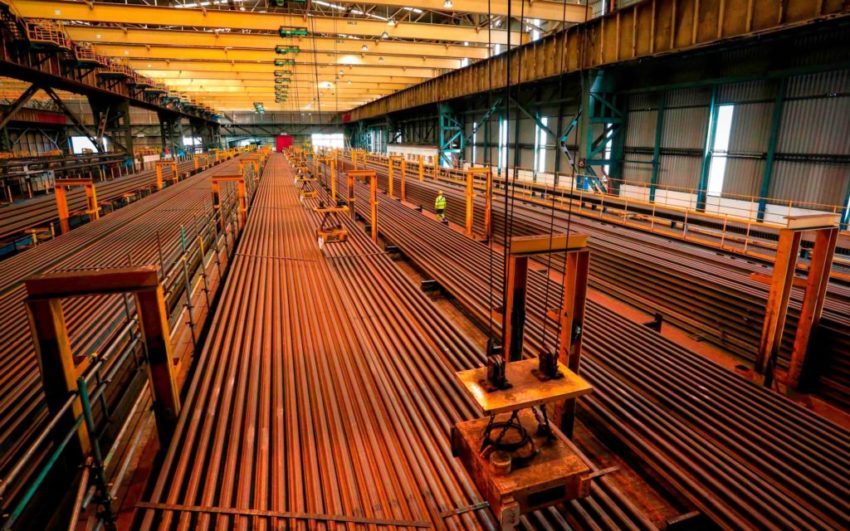 Port Talbot steelworks owner Tata Steel has confirmed it is to cut up to 1,000 jobs in the UK, as part of wider cost reduction plans.

The job losses are part of a plan that would cost 3,000 jobs across Europe. About 1,600 jobs would go at plants in the Netherlands, with another 350 elsewhere around the world.

The company said that two-thirds would be white-collar management and office-based jobs. The UK cuts mean that nearly one in eight of its British workforce would be made redundant.

The company said the job losses were part of a turnaround programme designed to boost sales and slash costs.

Indian-owned Tata Group bought the business in April 2007, when it was called Corus and re-branded it under its own name in 2010.

Almost half of Tata’s UK staff are based at its Port Talbot site, which employs about 4,000 people.

The scale of the job losses came as a shock to unions, who said they were not consulted before the cuts were announced. The trade union Community had previously said it would fight to hold Tata to a jobs guarantee that lasted until 2021.

Tata Steel’s chief executive for Europe, Henrik Adam, said: “We cannot afford to stand still as a company – the world around us is changing fast and we have to adapt. Our strategy is to build a strong and stable European business, capable of making significant investments needed for a successful future.”

He said the business was operating in “a very tough market” and added: “I understand and appreciate colleagues’ concerns about these proposals.”

Community, which represents steelworkers, said it was “seriously concerned about the direction that Tata Steel Europe is taking”. It said it wanted to see “a vision for the future, which includes plans for investment”.

“We have been presented with short-term plans, which only create worry and uncertainty.

“It feels like the company is just managing decline and we need a significant change of direction that can inspire the workforce that they have a future.”

The union blamed the cuts on Tata’s “failure to have a plan B” following the collapse of a planned merger with Germany’s Thyssenkrupp, which would have created Europe’s second biggest steelmaker. The European commission blocked the deal citing pricing and competition concerns.

David Rees, the Labour Welsh assembly member for Aberavon, told the BBC the “uncertainty” of not knowing where the UK roles would be cut “does not help steelworkers, their families and the wider community”.

Suzy Davies, the Conservative AM for South Wales West, said it was “extremely distressing for all of the Port Talbot Tata Steel workers and their families”.

Tata – which three years ago planned to sell the UK business but eventually decided to keep the plants and invest £1bn in updating them – first announced plans for job cuts last week. It blamed a drop in demand for steel across the EU for the job cuts, which it said was made worse by global trade tensions. It also cited an increase in the cost of emissions allowances for the heavily polluting industry.

Alongside the job cuts, Tata spelled out plans to change the way the business works. The plans include producing and selling higher value steels, improving the production process and buying cheaper.

The job cuts come at a tough time for the UK steel industry. About 4,000 jobs were recently saved at British Steel after the Chinese firm Jingye agreed to buy the company’s Scunthorpe site.