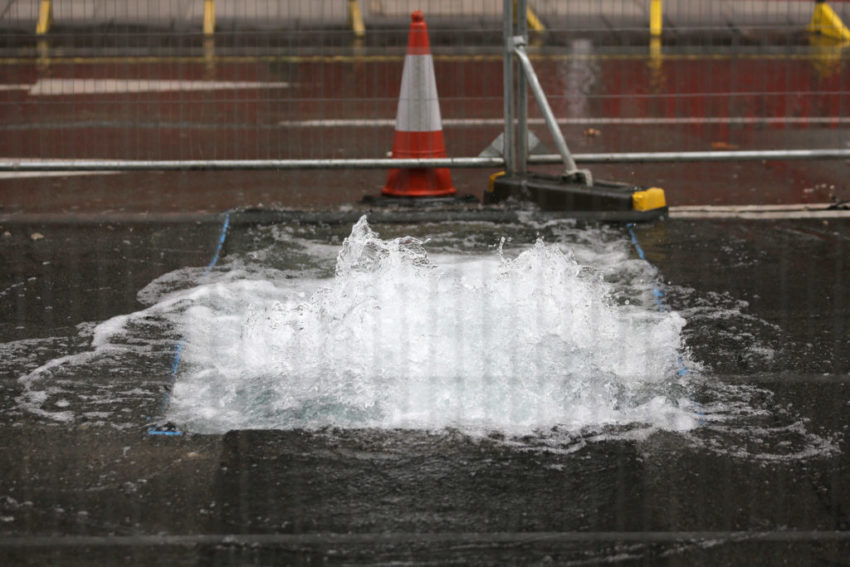 Hundreds of Thames Water staff are walking the streets at night, listening for leaks, as the utility giant battles to make repairs after a year of extreme weather wreaked havoc.

Chief executive Steve Robertson told the Press Association the group is deploying teams of night-time leak detectors as part of efforts to avoid a repeat of this year’s supply woes that left nearly 75,000 people without water.

It comes after the utility giant – which has 15 million customers – revealed in its recent half-year results that the Beast from the East and prolonged heatwave caused a surge in leaks and water supply outages.

The group said up to 75,000 customers saw their supply hit during the freezing cold weather and subsequent thaw in March as pipes burst.

Mr Robertson said Thames Water was taking a raft of measures to tackle leaks and prevent a repeat of this year’s widespread water supply disruption.

He said: “We have hundreds of people every night out on the streets listening for leaks.

“You have to do it at night when it’s quiet – that’s how you find them.”

These teams have high-tech acoustic loggers and electronic sensors to identify leak areas and then use so-called listening sticks to pinpoint exactly where water is escaping.

While it has tried satellite imagery, drones and various new innovations, it said “nothing can beat the ear of an experienced leakage detection engineer”.

Thames Water – which is Britain’s biggest water company, serving a quarter of the UK population – has hired an extra 600 staff to help with repairs and leak detection this year.

It repaired more than 1,400 leaks on average a week in the six months to September 30 – a 10-year high for the group.

The group has developed new techniques to better predict freezing weather and potential damage in advance, while also trialling innovations to repair pipes from the inside.

“Our ability to monitor and predict the sort of impact we have from the Beast from the East is much better now than it was last year,” said Mr Robertson.

He admitted “lessons” were learned from the Beast from the East damage so that now the impact of a similar freeze would be “much less”.

The group is now hoping for milder winter, admitting that otherwise it will “struggle” to meet its 2020 leakage targets.

Earlier this year, Mr Robertson agreed to forgo bonuses for the next two years after the company forked out £120 million in compensation to customers and penalties for missing targets to cut leaks.