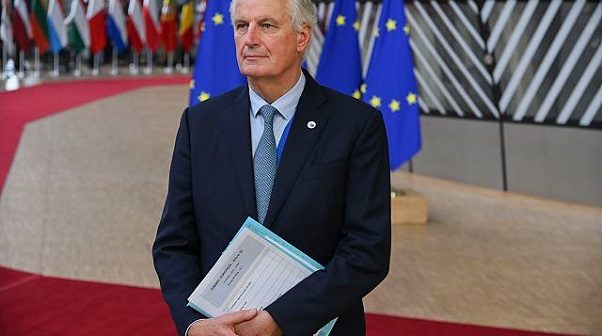 Michel Barnier spoke in Brussels following the conclusion of the fourth round of talks between the EU and UK on a future relationship.

In a statement released as Mr Barnier gave his news conference, the UK’s chief negotiator David Frost agreed that “progress remains limited” despite the talks being “positive in tone”.

“Negotiations will continue and we remain committed to a successful outcome,” he added.

The UK officially left the EU in January but is currently in the Brexit transition period – meaning it maintains the status quo of membership of the bloc.

The transition period is set to expire at the end of December, with both sides having until the end of this month to agree an extension.

Prime Minister Boris Johnson has repeatedly said he will not seek to extend the transition period, although Mr Barnier reiterated on Friday that the EU has “always been open to extending this period by one or two years”.

Due to the coronavirus pandemic, recent negotiations have been conducted between the UK and EU teams remotely.

But Mr Frost said the two sides were “close to reaching the limits of what we can achieve through the format of remote formal rounds” of talks.

“If we are to make progress, it is clear that we must intensify and accelerate our work,” he added, saying the UK was discussing with the European Commission “how this can best be done”.

Mr Barnier said he hopes to restart face-to-face talks at the end of June.

“I think it will work better, it’ll be more effective and easier,” he added.