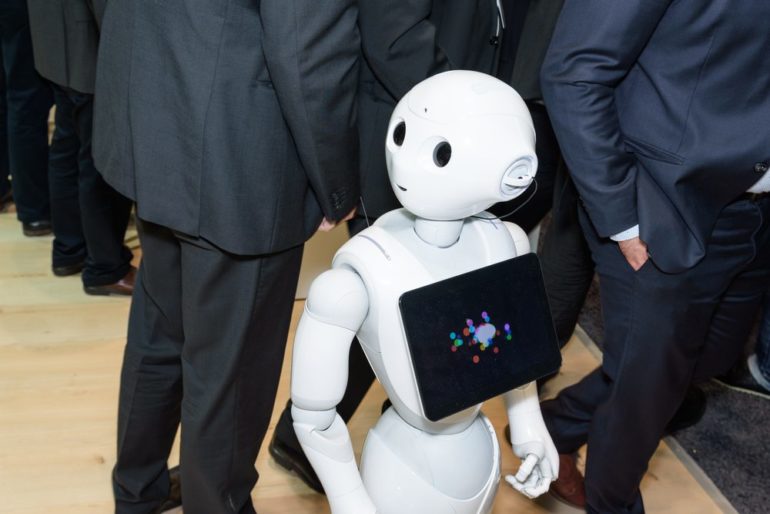 With the Bank Of England projecting that up to 15 million jobs might be at risk due to robots, new research reveals that nearly a third of British workers would be happy to work for a robot boss.

The survey from cloud accounting software provider FreeAgent, of 1,000 working British people, also found that 11 per cent of respondents thought a roboboss would be “more efficient” than a human. Meanwhile, one in 10 also said that they think working for a robot boss would be just the same as answering to human boss.

Also, one in four of British workers also said that they would be “comfortable” taking orders from a non-human boss.

Welsh workers were the most likely in the UK to be open to working for a robot boss, with 38 per cent admitting that they would work for a roboboss, which was followed closely by Northern Irish workers.

Meanwhile, men were revealed to be more receptive to the idea of a robot boss than women, with 48 per cent of men saying they wouldn’t have a problem taking orders from a robot, compared to only 36 per cent of women.

With tech boffins like Bill Gates saying they want the robot bosses of the future to be taxed, it would appear most Brits also agree.

The poll found that the majority of working Brits believe that robot bosses should pay tax, agreeing with the statement “if they’re replacing the role of a person, the company owning the robot should be taxed the same”. However, on the contrary, 43 per cent feel that robot bosses shouldn’t pay tax as “it would set a precedent, as other technology doesn’t get taxed like a person”.

Ed Molyneux, CEO and co-founder of FreeAgent said: “Although it might be many years before we see physical robots taking over the workforce, many workers are already anticipating the changes that automation will bring in the years ahead.”

“The shifting landscape of AI and new technology will have a major impact on people in employment, but I don’t think that this is a gloomy outlook for the workforce. Previous research we’ve carried out has suggested that many employed people are keen to quit their jobs and start their own businesses. So as automation takes a more prominent role in the workforce, it’s likely we could see a self-employment boom in the future.”

“In this scenario, automation will actually be a major benefit for these new businesses, as technological advances will make business admin and data management much easier to manage than ever before.”