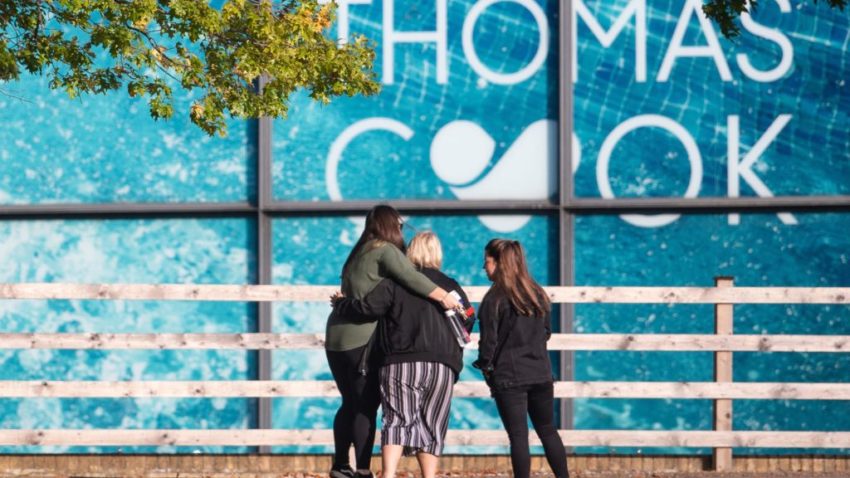 Thomas Cook collapsed with total liabilities of about £9 billion, with customers owed almost £600 million, a report from the Insolvency Service says.

While £585 million was owed to customers for package holidays, flights and other services after the group went bust in September, trade creditors including hoteliers, airports and aircraft caterers were owed £885 million.

The Insolvency Service said the final figures had yet to be finalised and it did not yet know how much of the money owed would be paid back when the liquidation was completed.

Thomas Cook was one of the world’s largest holiday businesses, with 21,000 employees in 16 countries, including 9,000 in Britain, and 22 million customers a year. At the time of its failure it had a balance sheet deficit of more than £3 billion, including £1.9 billion of debt.

Of the total liabilities of £9 billion, £5.7 billion was debts due to other companies within the Thomas Cook group, while banks and other lenders, including lease liabilities, totalled £1.78 billion.

Some 300,000 of the cancelled holidays are financially protected under the Atol scheme, although this month the Civil Aviation Authority said about one in three of the first people to claim refunds were not paid within the 60-day target. The regulator insists it wants to issue refunds “as soon as possible” but said some cannot be paid until additional information is provided by claimants.

Many Thomas Cook customers have complained on social media about the time it is taking to get their money back. Dale Edwards wrote on Twitter: “Day 67 still no refund. All information sent to Protect Claims. Really getting annoyed now.” Sarah Aves tweeted: “I have emailed 6 times. No reply, have not received my refund and have not been asked for additional information. Claim was submitted 7th October. What is going on!”

Rory Boland, editor of Which? Travel, said: “This is a stark reminder of the huge financial impact that the collapse of Thomas Cook has had on hundreds of thousands of customers, who saw plans for holidays, weddings and other long-awaited trips vanish into thin air.

“While it is understandably frustrating for customers who are still waiting to get their money back, we would urge people to make sure they stick with official channels, as scammers have tried to take advantage in the past.

“In the longer term, the government must look at what measures can be introduced to ensure that holidaymakers aren’t left picking up the pieces when holiday firms or airlines