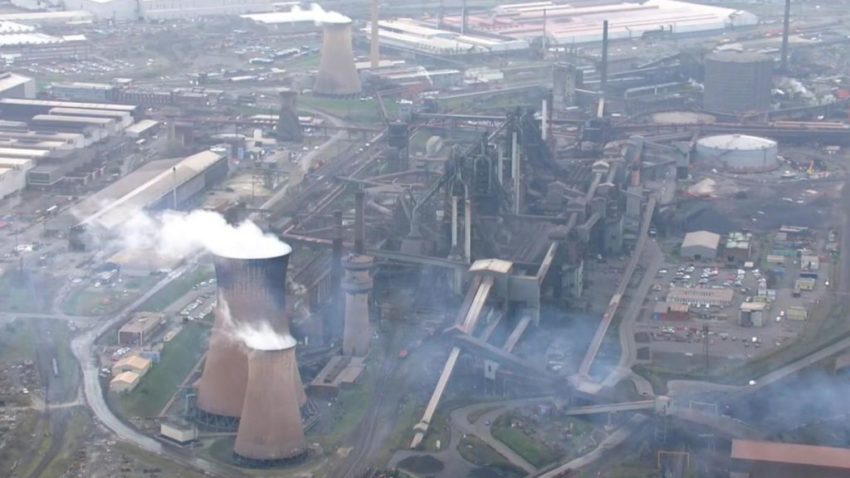 Ministers are being urged to step in to protect thousands of jobs after it emerged that British Steel is urgently seeking loans of tens of millions of pounds.

The company confirmed on Tuesday that it is requesting “additional support” as it grapples with the effects of Britain’s proposed departure from the European Union.

Whitehall officials have drawn up contingency plans in case British Steel collapses, Sky News reported, as talks continue about a loan of up to £75 million.

It comes just a fortnight after the company secured a £100 million emergency loan from the government to ensure that it avoided a fine from Brussels by paying its carbon bill to the European Union on time.

Trade unions urged ministers to take action last night, warning that the “entire future” of the steel industry was on the line.

British Steel, the country’s second largest steel producer, has about 4,500 workers and a further 20,000 are employed along its supply chain.

A spokesman said: “The uncertainties around Brexit are posing challenges for all businesses, including British Steel, and we are holding constructive discussions with our stakeholders on how to navigate them.

“Last month the company agreed a short-term bridge facility with the government to help it meet its EU emissions obligations, and discussions are continuing about a package of additional support to assist the company address broader Brexit-related issues, whilst continuing with its investment plans.”

British Steel was set up by Greybull Capital, a private equity firm, after it bought Scunthorpe steelworks and sites in Teesside and Skinningrove for £1 from Tata Steel in 2016.

It takes its name from the former British Steel, which was privatised in the eighties before merging with Koninklijke Hoogovens, a Dutch company, to create Corus in 1999.

Tata Steel bought the company less than a decade later, but sold key sites in 2016 in a bid to tackle mounting losses. The Indian multinational still owns Port Talbot Steelworks, the biggest in Britain.

Labour said the talks over financial support were extremely worrying.

Gill Furniss, shadow steel minister, said: “The government’s continued failure to support this vital industry is to blame. The Conservatives have failed to secure a steel sector deal that would address long standing issues such as high energy costs, and their threats of a no-deal Brexit has caused great uncertainty.

”We are urgently calling on the secretary of state to announce what steps he will take to avert this crisis, so that everything possible is done to protect British steelworkers.”

Tony Brady from Unite the union, said British Steel workers had worked tirelessly to ensure its future “and given a fighting chance will do so again.”

The company has just secured a large rail order, he added, so “can and should have a bright future. To do so, though, the government must, as reports suggest, help the steelmaker through the tough times, while urgently addressing the wider underlying problems facing the UK steel industry.”

Ross Murdoch, national officer of the GMB union, added: “This government has a track record of sitting on its hands while UK manufacturing collapses around its ears.

“Now is the time to take action. Ministers must come out and guarantee the loan required to safeguard British Steel.”

A spokesman for the Community Union said that “everyone needs to do absolutely everything” to ensure British Steel’s future. “To do otherwise would be devastating for thousands of workers and their families.”

The Department for Business, Energy & Industrial Strategy declined to comment on the reports of loan discussions and contingency planning.

Greybull has previously backed takeovers of Monarch Airlines, the holiday company, and Comet Group, the electricals retailer, which have both since collapsed.