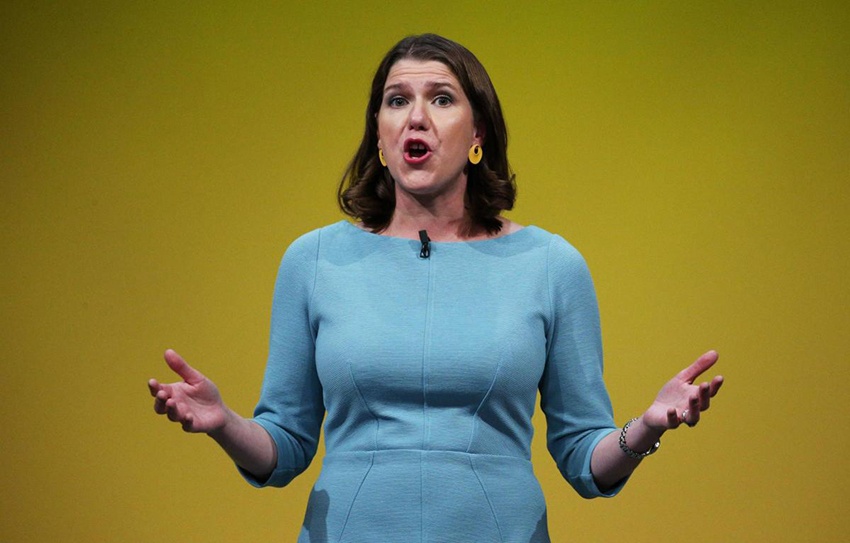 The Conservatives have maintained a steady lead amid signs of a Liberal Democrat squeeze, according to a new YouGov poll.

The poll taken on Monday and Tuesday gives the Tories an 11 point lead over Labour, down from a 12 point lead at the end of last week.

Although the Lib Dem drop is within the margin of error, it is likely to unnerve some in the party which started the campaign with hopes of making big gains.

The detailed polling breakdown underlines the scale of the Lib Dem challenge. Looking at voters who backed remain in the 2016 EU referendum, this poll shows 48% now back Labour, while only 24% now support the Liberal Democrats.

In YouGov’s first poll at the start of the campaign the Lib Dems and Labour were almost neck and neck among 2016 remain voters: some 36% backing Labour and 33% backing the Lib Dems.

This suggests that the Lib Dem policy of revoking Article 50 has not had the effect of galvanising remain-leaning voters as they might have hoped.

Asked who would make the best prime minister, 39% say Mr Johnson, down one point on a fortnight ago, 21% say Mr Corbyn, up five points, while just 9% say Jo Swinson, which is down five points.

Ms Swinson started the campaign saying she wanted to be prime minister, although since appears to have dropped that language.

There are 10% of Lib Dem voters who say they have an “unfavourable” view of Ms Swinson, the poll reveals.