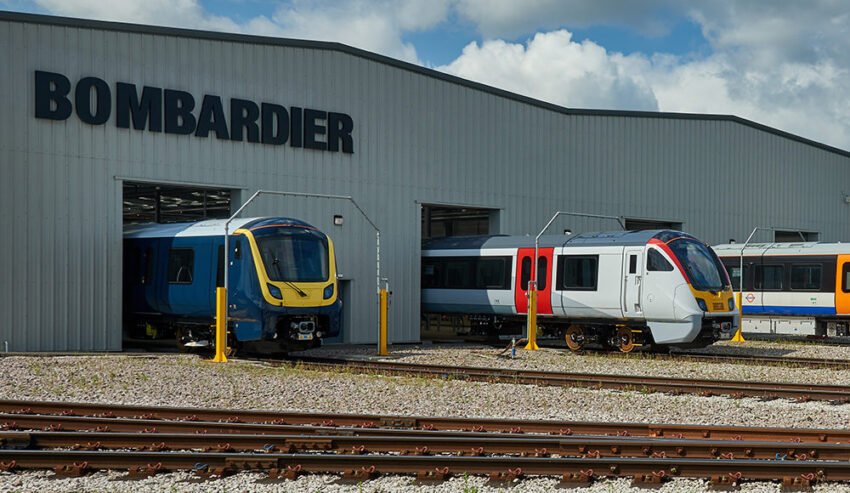 The owner of Britain’s biggest train factory has told the government that it will be “unable to continue production” without support as it burns through cash during the lockdown.

Bombardier Transportation, which makes train carriages, has asked for contractual charges to be suspended after it was forced to halt production. The bond repayments and penalties for delivery delays that it wants paused total about £20 million a month.

The Department for Transport is ready to agree, but the Treasury is understood to have reservations because the rail franchises were nationalised on March 23.

Bombardier, which employs 4,000 people in Britain, including 2,000 at its factory in Derby, has been in talks with the government for several weeks. Its request for help has emerged as the Treasury prepares a new bespoke bailout plan, called Project Birch, for strategically important companies facing severe cashflow issues.

Aviation, aerospace and steel companies that do not qualify for existing schemes or need extra support are being considered. Jaguar Land Rover is in talks for a bridging loan of up to £1 billion as its cash reserves dwindle.

Project Birch is expected to involve preference shares or convertible loans, which ultimately could lead to taxpayers taking equity stakes. The structure is to ensure the state takes priority over other creditors.

Bombardier is not seeking a rescue loan, but it is concerned that contractual costs will put its balance sheet at risk. It restarted production at its Derby plant in April, but social distancing means that it is operating at 60 per cent capacity. Costs have risen because reduced staffing and increased shift work have made the production line far less efficient. Bombardier hopes to be back at full capacity in September, but the higher costs are expected to remain.

The delays have triggered penalty payments to its rail franchise customers. It also has bond payments to make to Transport for London. Bombardier has asked for these to be suspended until franchises are returned to operating companies, set for September.

In a letter to the Treasury, it is understood to have warned that it will be “unable to continue production” if the request is not granted, as cash will have to be diverted from staff salaries and running costs to penalty payments.

The government is demanding that the company move production of the wheel chassis, a technical part of the rolling stock, from Germany to Crewe in return for waiving the payments. At the moment the Crewe factory, which employs 300, only repairs broken chassis.

This would deliver on the government’s levelling-up agenda. Bombardier Transportation is being bought by Alstom, its French rival, which has shut British rolling stock plants in the past.

Julian Jessop, a fellow at the Institute of Economic Affairs, said that he supported short-term loans for companies caught by lockdown, but warned that Project Birch was about picking winners. “If deep-pocketed City investors are interested in taking stakes in these companies, my advice would be to leave them to it. If they are not, I’d wonder why,” he said. It reminded him of the “grand industrial-style interventions” of the 1970s that proved disastrous.

Bombardier would rather charges that take state-backed debt were waived because any loan effectively would involve borrowing from the state to pay the state.

A spokesman said that after pausing production on March 24, “we restarted on April 14 with social distancing in place, and are now ramping up production. We are in discussions with government to ensure we can continue this momentum without any call on the taxpayer.” The Treasury said that it did not comment on individual companies.