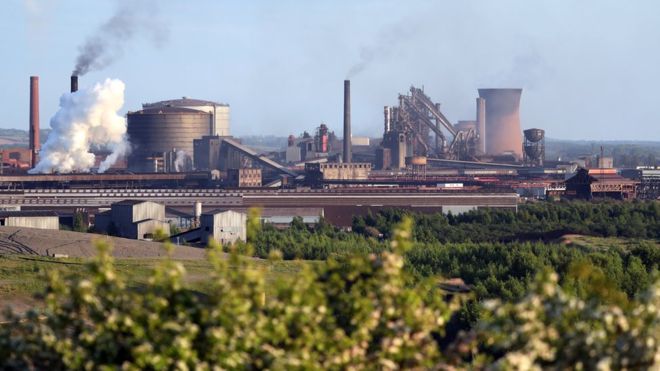 The chronically lossmaking Scunthorpe steelworks, which three years ago renamed itself British Steel, is to get a new, Turkish, owner.

The UK government, which marshalled British Steel into insolvency earlier this summer, the latest failure of the hapless Meyohas brothers who run Greybull Capital, has named Ataer Holding as the preferred bidder for the sprawling Scunthorpe plant. Ataer is an arm of Oyak, Turkey’s military pension fund, and also owns nearly about 49 per cent of Turkey’s biggest steel group, Erdemir.

A deal that is under negotiation over the next couple of months is reported to come with financial support of £300 million from the Treasury. It is designed to save many of the 4,000 jobs at what is Britain’s second largest steelworks after its former sister plant Port Talbot.

The naming of the Turkish bidder is a reverse for the industrialist Sanjeev Gupta and his Liberty House group, which has been buying up much of the UK industry on the cheap since the decision by Tata Steel of India to try to extricate itself from the sector in Britain.

Andrea Leadsom, the new business secretary, said Ataer is a “suitable buyer” for British Steel. It is not known whether it or Oyak has invested in Britain before.

The Scunthorpe steelworks, one of the historic powerhouses of British industry, was acquired by Greybull Capital in 2016 for £1 from Tata. In a nod to the former state-owned company that was privatised by Margaret Thatcher, Greybull renamed the business British Steel.

It fell close to bankruptcy earlier this year, however, when it pleaded with the government to help it to pay a £120 million bill for so-called carbon credits, a European-wide pollution tax. The government refused to bail out Greybull, a London-based finance house, which declines to name who its financial backers are and which was the owner of Monarch Airlines when it collapsed into bankpruptcy in the autumn of 2017 at a cost of £60 million to the taxpayer.

With Scunthorpe and its sister works at Skinningrove on Teesside and another facility at Hayange in northern France, in the hands of EY, the official receiver, the business department has since been overseeing the efforts to save Scunthorpe.

Mrs Leadsom said she had left no stone unturned in her efforts to find a buyer. “The UK has a long and proud history of steel manufacturing and I am committed to a modern and sustainable future for the industry, that is productive and supports a skilled and highly valued workforce,” she said.

In reality the UK steel industry is in long-term decline despite Scunthorpe’s strategically important role of producing almost all the rail track for Network Rail’s continual upgrade programme and for new lines like the Crossrail project in London.

Steel production in the UK is at historic lows. Last year’s 7.3 million tonnes is barely half what is was before the global financial crisis and 60 per cent lower than in the 1990s. For much of the past 20 years Britain has been a net importer of steel.

Once a global powerhouse, production in the UK stands at just one sixth of that of Germany and one fifth of that of Turkey, where Oyak’s industrial holdings include the steel mills of the local regional producer Erdemir. China is responsible for more than half the world’s production and has also been responsible for the flood of cheap, and some argue inferior, steel in western markets.

Gavin Stace, the director-general of the trade body UK Steel said the news was “enormously positive”. He warned, however, that the government now needed to get its act together with an industrial strategy for the UK steel sector.

“Government support will undoubtedly be critical to taking the process [of the sale of British Steel] forward from here,” he said. “We must not lose sight of the longer-term picture for the whole steel sector. It is important we move on from the current reactive approach to one in which a shared, long-term strategic vision sits front and centre.

“The UK steel sector has a potentially bright future, underpinned by increasing UK and global steel demand for our products but the government must recognise the need to address the business environment in the UK, which currently undermines our competitiveness.”

That was echoed by the industrial trade union Unite. “There remains a requirement for the government to keep its eye on the ball and provide assistance to tackle problems of high-use energy costs and business rates,” Harish Patel, its steel industry national officer, said.

“The government must also introduce a proper industrial strategy which tackles procurement issues to ensure that public contracts use UK steel.”