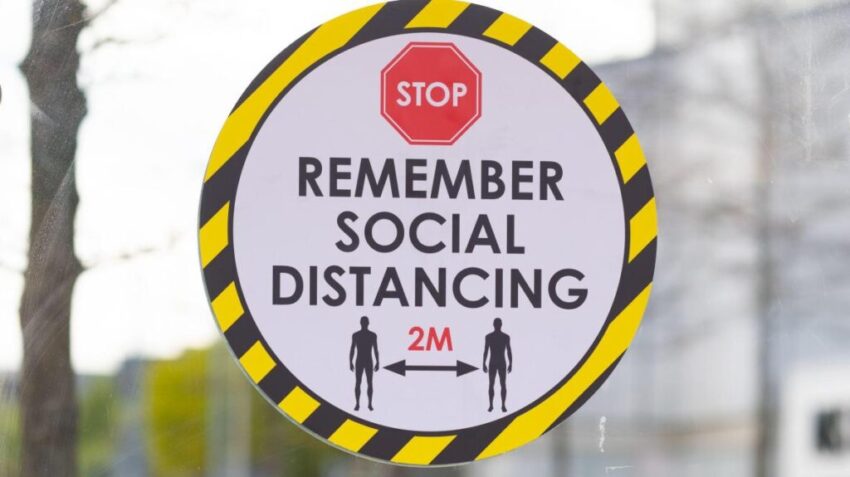 Business leaders have warned that companies will be bankrupted if staff and customers have to keep two metres apart after government advisers opposed relaxing the rule.

The Sage scientific panel has concluded a review into the two-metre rule and advised ministers that it should stay in the belief that blurring it would be confusing. Downing Street said yesterday that it had no plans to change the “sensible and safe distance”.

Other experts have urged greater flexibility and argued that allowing people to be closer for shorter periods is just as safe and could be “transformative for many businesses”.

Pub owners say that most could open with a one-metre rule but that eight in ten would have to stay closed under the present advice.

The government wants people to keep two metres apart “where possible”, although other countries and the World Health Organisation recommend one metre. Britain and Spain are the only European countries to apply the two-metre rule. Last month ministers asked Sage to examine whether the two-metre rule could be relaxed as part of plans to enable people to get back to work. It is understood that the group advised against change.

Sage estimated that six seconds of exposure at one metre posed the same risk as a minute at two metres. Having someone cough on you from two metres is as dangerous as talking for 30 minutes at the same distance or one minute at one metre.

Scientists judged that putting this into guidance would “blur the message” and that it would be simpler to stick with advising to stay two metres apart.

Emma McClarkin, chief executive of the British Beer and Pub Association, warned that “at two metres you’re probably looking at only 20 per cent of pubs being able to operate” but that a one-metre rule “would put the majority of pubs back in play” because they could operate at higher capacity.

“It becomes extraordinarily difficult without some flexibility in the guidelines. There are pubs that haven’t even got a two-metre radius around the bar so that rules them out,” she said.

David Moore, proprietor of Pied à Terre, the Michelin-starred restaurant in London, said that a fixed distance “will be a disaster” and that the government should “trust operators to get it right, we don’t want to endanger our team or our customers.” He added: “I will remove three of my 14 tables and I know that will give good space between customers.” Ed Thaw, 41, proprietor of the Michelin-starred Leroy restaurant in Shoreditch, London, said the problem with the rule was that profit margins were so tight. “It’s all bad on volumes but unless I get a rent reduction from my landlord it doesn’t work.”

Hospitality is likely to be the worst affected, but other sectors have also raised concerns. Richard Walker, boss of Iceland, the supermarket, said: “The reality is that many businesses will not survive if we are too zealous with the two-metre rule. If scientists and experts are comfortable with a way that we can relax it then we absolutely should, because it is critical to so many sectors.”

Edwin Morgan, of the Institute of Directors, said that “maintaining two metres’ distancing will be difficult for many firms, and impossible for some”. He urged the government to help industry find “innovative ways to adapt”.

In official guidance issued this month employers were told to maintain two-metre distancing “wherever possible” and where it was not possible to use measures such as plastic barriers, smaller teams and telling staff to face away from each other to cut the risk of transmission. Patrick Coveney, chief executive of Greencore, Britain’s biggest sandwich maker, said: “I don’t think we should reduce it because that’s what European countries are doing, we should reduce it if the UK science or medical officer says it is safe to do so. I’ve no doubt it’s difficult for many businesses to adopt, but if it keeps people safe then it shouldn’t be abandoned.”

Robert Dingwall of Nottingham Trent University, who sits on the government’s New and Emerging Respiratory Virus Threats Advisory Group, criticised the decision to stick with present advice. “Sage are supposed to be focused on the science — which does not support the two-metre rule,” he said. “I don’t see a problem with changing the message or that there is necessarily any likely confusion.” Mark Woolhouse of the University of Edinburgh, who is a member of the government’s modelling advisory committee but was speaking in a personal capacity, said that more emphasis could be put on how long people were close to each other.