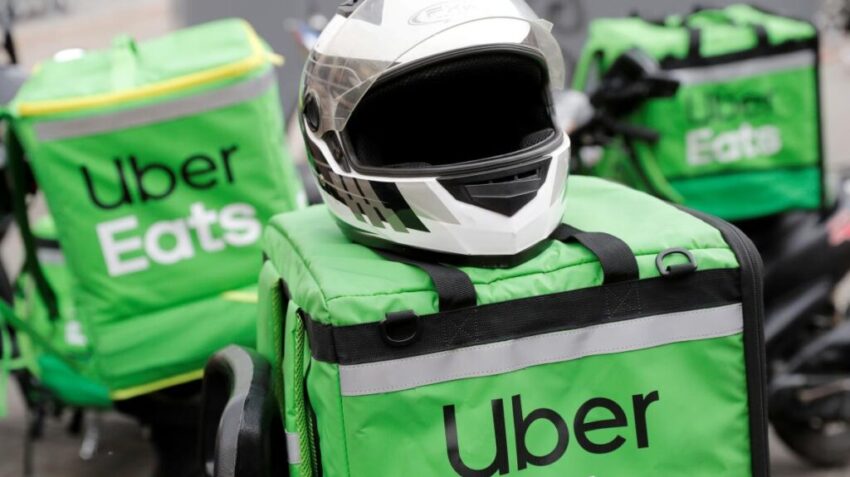 Uber Technologies posted another big loss last night as demand for its ride-hailing app fell sharply during the lockdown but orders for its food delivery service more than doubled in the second quarter.

The California-based company reported a net loss of $1.8 billion, far smaller than a year ago when one-time costs from its initial public offering led to its largest three-month loss. The latest loss includes charges related to the laying off of 23 per cent of its workforce.

The number of active platform users across the 69 countries in which Uber operates nearly halved year-on-year to 55 million. Gross bookings for rides fell 75 per cent in the three months to June 30 compared with a year ago and 72 per cent from the previous quarter.

Uber, which was founded in 2009 and is valued at $60 billion, owns the world’s most popular taxi-hailing app. It has interests in food delivery, logistics, bike-sharing services and self-driving cars. Its aim is to offer a full suite of transport and delivery services.

Total quarterly revenue fell 29 per cent in the quarter to $2.24 billion while gross bookings were down 35 per cent year-over-year at $10.22 billion.

Revenue at Uber Eats doubled to $1.2 billion, boosted by demand for deliveries as Americans largely stayed at home. Last month Uber expanded its reach with the acquisition of Postmates for $2.65 billion to expand the business of supplying everyday goods.

The company said that it was sticking to its goal of being profitable on an adjusted basis before the end of next year. Uber recorded an adjusted loss in earnings before interest, taxes, depreciation and amortisation of $837 million in the second quarter.

Dara Khosrowshahi, its chief executive, had vowed to make Uber profitable on an adjusted ebitda basis before the end of the year but withdrew that forecast in April because of the health crisis. Last night the company reaffirmed its hope to reach that milestone next year.

Uber introduced measures in May to save more than $1 billion. The company booked $382 million in restructuring costs in the second quarter.

“We are fortunate to have such a natural hedge across our two core segments — as people stay closer to home, more people are ordering from Uber Eats than ever before,” Mr Khosrowshahi, 51, said.

Dan Ives, an analyst at Wedbush Securities, an investment firm, said that Uber could be boosted by travellers wary of taking public transport, a “consumer dynamic” that was becoming commonplace internationally.