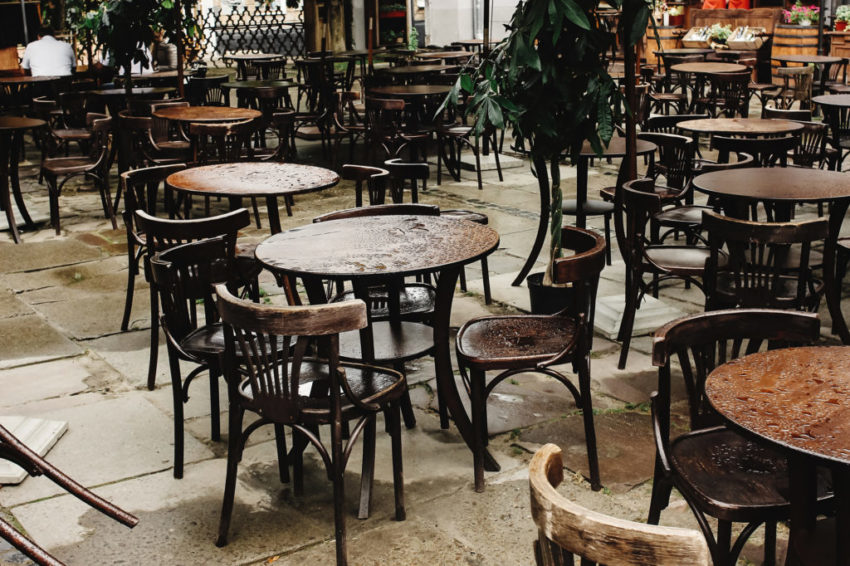 The UK economy is contracting at its fastest rate in at least two decades, as the service sector is hit extremely hard by the Covid-19 outbreak.

Data firm Markit reports that business activity across services and manufacturing has slumped this month, as the coronavirus deals the UK economy “a more severe blow than at any time since comparable figures were first available over 20 years ago”.

Output has slumped, new orders have contracted at their fastest pace since 2008, and business expectations have absolutely cratered.

This has dragged Markit’s survey of UK purchasing managers down to just 37.1 in March, down from 53.0 in February. That shows an extremely sharp fall in activity.

It’s the worst reading since the survey began in 1998, and means the economy is contracting much faster than after the collapse of Lehman Brothers in 2008.

Such a low number suggests a deep recession is inevitable this year (understandably, with so many businesses now closed due to coronavirus measures).

The services sector PMI (which covered much of the UK economy) slumped to just 35.7, from 53.2 in February.

The manufacturing PMI fell to 48.0 from 51.7 (but the true picture is worse, as the PMI calculation assumes that long delays for supplies are a sign of a strong economy).

Flash UK PMI drops to record low of 37.1 in March, as the COVID-19 pandemic dealt a more severe blow to the UK economy than during the financial crisis, even before more stringent measures for shops, pubs and restaurants announced last Friday. More here: https://t.co/l6mZjC7JDw pic.twitter.com/F4nMuCgYtV

The surveys highlight how the Covid-19 outbreak has already dealt the UK economy an initial blow even greater than that seen at the height of the global financial crisis.

With additional measures to contain the spread of the virus set to further paralyse large parts of the economy in coming months, such as business closures and potential lockdowns, a recession of a scale we have not seen in modern history is looking increasingly likely.

Historical comparisons indicate that the March survey reading is consistent with GDP falling at a quarterly rate of 1.5-2.0%, a decline which is sufficiently large to push the economy into a contraction in the first quarter. However, this decline will likely be the tip of the iceberg and dwarfed by what we will see in the second quarter as further virus containment measures take their toll and the downturn escalates.

Any growth was confined to small pockets of the economy such as food manufacturing, pharmaceuticals and healthcare. Demand elsewhere has collapsed, both for goods and services, as increasing numbers of households and businesses at home and abroad close their doors.