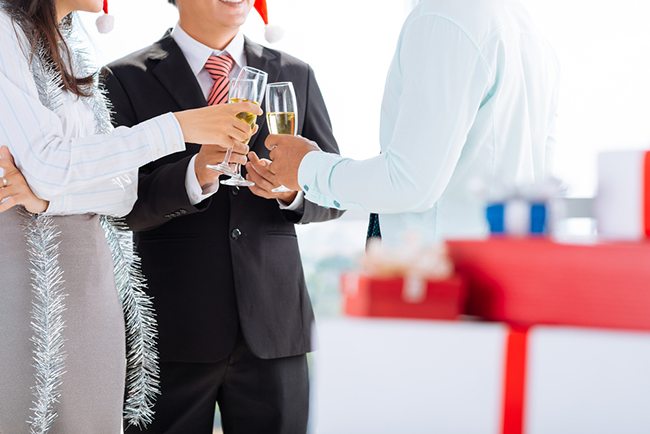 Last year UK employers spent an average £86.44 per head on their staff Christmas party. However, given the choice, three quarters of workers would rather their companies invested in their ongoing health and wellbeing.

That is according to new research published today by Shine Workplace Wellbeing.

More than 300 UK workers were asked if their employer was willing to allocate £100 to them, would they rather it went towards the company Christmas party or their health and wellbeing over the coming months.  74 per cent chose wellbeing support (such as gym and sports memberships, yoga classes, in-office talks on mindfulness and mental health awareness, and free fruit in the office) over an all-expenses-paid Christmas party covering drinks, food, entertainment and transport.

Women emerge as the biggest advocates of wellbeing support – 80 per cent of those surveyed  would choose it over a festive night out, versus 67 per cent of men.

There was consistency across age groups. While the party option was most popular in the 18-24 year-old demographic, it was still only chosen by 30 per cent of respondents.

People working in education are the most likely to opt for wellbeing over partying, (82% of those surveyed), while those working in construction preferred the Christmas party over wellbeing support. Within marketing, 7 out of ten respondents chose wellbeing, slightly higher than those in IT with 6 out of 10 opting for wellbeing.

Commenting on the findings Matthew Carlton, founder of Shine Workplace Wellbeing, said: “The preference for wellbeing may surprise some, but there’s a real trend in terms of workers wanting their employers to support their wellbeing, in order to help them cope with the stresses of business and personal life.

“We are certainly not saying that Christmas parties should be scrapped.  However, rather than relying on one major annual event to boost employee morale, businesses should think about how they could invest in ongoing initiatives that make employees feel appreciated and supported for a prolonged period.

“Many business owners, particularly in SMEs, believe that introducing employee wellbeing policies will be expensive. This is not the case.  Even an annual allocation of £100 per worker can provide a good level of physical and mental wellbeing support throughout the year – such as by contributing to the cost of training for a mental health first aider, regular wellbeing workshops, and initiatives to improve physical health.”