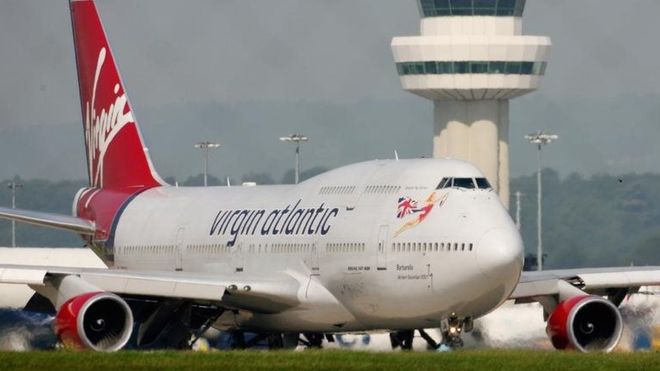 Some Virgin Atlantic pilots will strike from 22 December to Christmas Day in a dispute over union recognition, the Professional Pilots Union has said.

The union, which represents about a third of pilots at the airline, said it was excluded from talks over proposed changes to pilot benefits.

It said this was the first of a series of one to four-day strikes it wants to hold until the dispute is resolved.

Virgin Atlantic said it did not expect any disruption to its schedule.

The PPU said 72% of its Virgin Atlantic members turned out for a ballot, and 71.5% of those who voted backed strike action.

The other strikes are planned for 30 December to 2 January and 4 January to 7 January inclusive.

He said it was the “last straw” when the union was left out of negotiations after Virgin Atlantic “consistently refused to recognise the PPU as a legitimate and independent union”.

“We hope that Virgin acknowledge the mandate our members have given us, and help avoid strike action by recognising the PPU and halt the benefits review that is so damaging to our members long-term security,” Mr Johnson said.

“Our door is – and has always been – open to Virgin to take the necessary steps to prevent any disruption for Christmas travellers.”

Virgin Atlantic said a “small number” of its pilots had voted for industrial action.

“Our absolute priority is to ensure that all of our customers can continue their journeys as planned this Christmas, and we’re working hard to protect all of their trips,” a statement said.

It flies to destinations in the US, Asia, Africa and the Caribbean, as well as Dubai and Cancun.