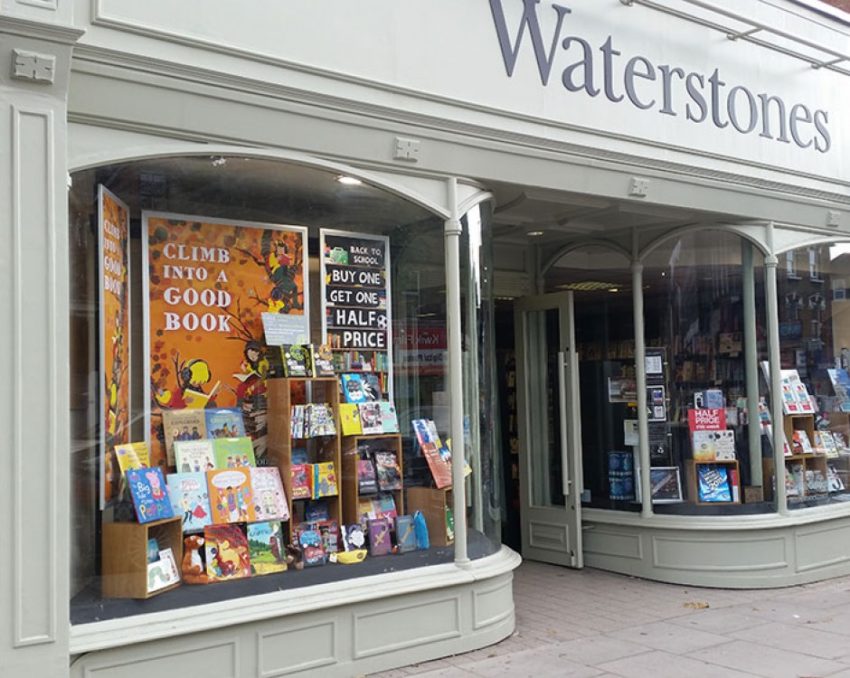 Staff at Waterstones have delivered a petition to the book chain’s managing director calling for higher wages for its lowest paid workers.

They’re backed by authors Philip Pullman, Joanne Harris and Nikesh Shukla who with 2,494 others signed an open letter to boss James Daunt.

The petition calls for minimum pay of £9 an hour.

Mr Daunt has said the chain was paying “what it could afford”, but aimed to raise wages across the board.

The petition, signed by more than 9,000 supporters, is accompanied by a book written by staff detailing their experience of low pay, including having to dip into savings to make ends meet and suffering poor mental health due to stress.

The petitioners argue that paying staff a starting wage of £9, and more in London, would have “a positive impact” on staff performance.

That is the level of pay recommended by the Living Wage Foundation. It is higher than the legally-mandated National Minimum wage for those who are 25 and older, which is £8.21 an hour.

“Working for a rate of pay that is below the Living Wage results in Booksellers who are stressed, preoccupied and who have little spare time and energy to devote to buying books, reading them, and keeping up with news and trends in the industry,” the petitioners argue.

The book contains the personal stories of 40 Waterstones staff members, all using a favourite author’s name as a pseudonym. “Virginia Woolf” said because of the low pay she was looking for work elsewhere. “Muriel Spark” in Brighton said she was living “pay-check to pay-check each month” adding “I’ve actually lost weight and my mental health has declined greatly due to having to choose whether to spend much on food or not.”

Shortly after the petition was delivered, Mr Daunt told the BBC he agreed with campaigners that staff should be paid more but said it was important that pay differences were maintained to reward staff who were “career booksellers”.

He said some staff had received a pay rise in September.

“Turning this business round has been a tough old slog in a very, very competitive market,” he said. “But hand on heart, we are doing what we can.”

Waterstones was on the edge of collapse in 2011 when it was bought by Russian businessman Alexander Mamut. It returned to profit in 2016 and in 2018 was sold to investment firm Elliot Advisors.