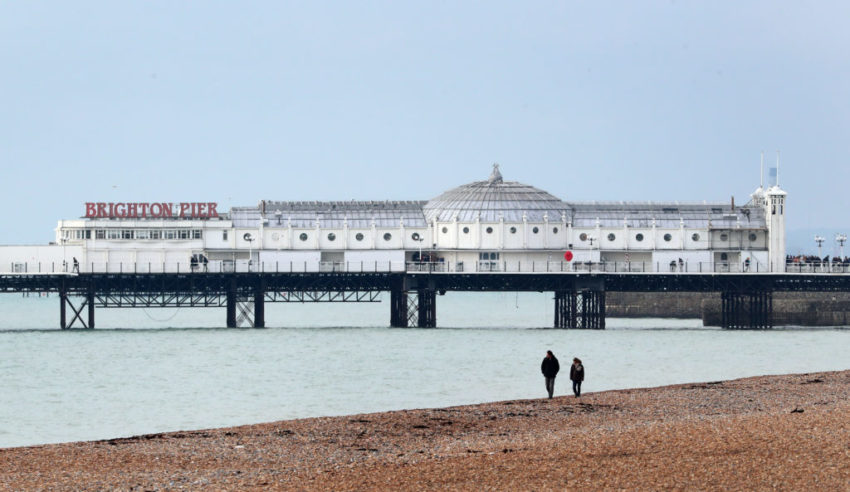 Shares in Brighton Pier Group, the leisure company chaired by Patisserie Valerie chief Luke Johnson, have plummeted on the news that profits will be lower than expected.

Pre-tax profit for the current financial year is now set to be 18% lower than expected.

The company, which owns Brighton Pier and operates a string of bars and golf sites, said bad weather and rail disruption had reduced the number of visitors to its star attraction.

The rail disruption is expected to continue this year, affecting the early part of the pier’s peak trading season.

Shares plunged as much as 44% in early trading on Thursday.

Russ Mould, AJ Bell investment director, said: “When it rains it pours and, just as he looks to get Patisserie Valerie back on track after last year’s accounting scandal, Luke Johnson is now facing a nasty loss on the shares he owns in Brighton Pier plc.”

Mr Mould estimated that Mr Johnson’s holding in the company lost £2.2 million of its value in early exchanges.

By late morning the stock had recovered slightly and was down 24% at 48p.

Meanwhile, trading across the wider bar division was flat and the group’s golf division saw steady trading, with plans for new sites in the pipeline.

Chief executive Anne Ackord said: “Whilst I am disappointed at the rail network disruptions currently affecting the pier, once they are complete, this will be of great benefit to future visitors travelling to the city and consequently to our Brighton businesses.

“Despite these challenge,s the company’s pier, bars and golf businesses remain well-invested, strongly cash-generative and well-positioned for future growth.”

Mr Johnson was forced to lend the company funds to stay afloat while it carried out an emergency placing of new shares.

The company has since parted ways with both its previous finance boss and chief executive, while Mr Johnson has promised to dial down his involvement with other companies to help recover from the crisis.