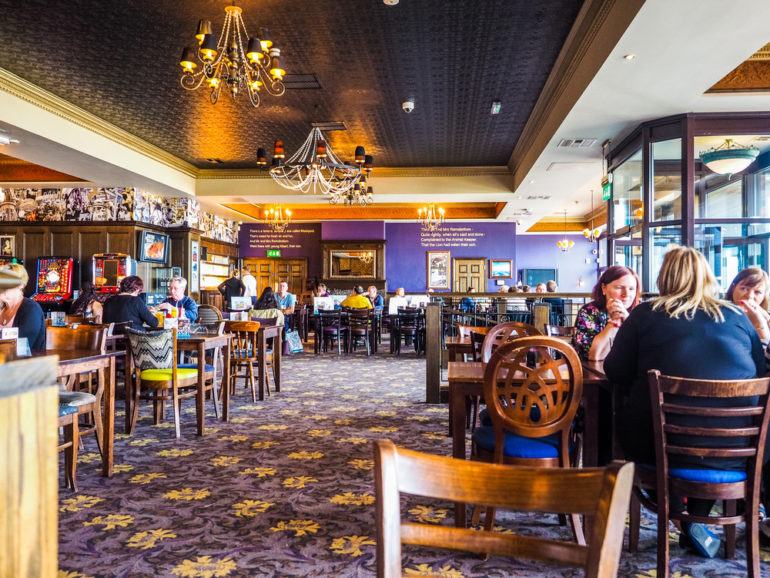 Company founder Tim Martin, who campaigned for Brexit, said it was part of a transition away from products made in the EU.

Wetherspoon sells two million bottles of sparkling wine each year, most of which is prosecco.

The pub chain aims to replace the Italian fizz with UK or “new world” alternatives in the next year or two.

Champagne will no longer be available at Wetherspoon’s pubs from next month.

There will also be changes to the beer line up. Wheat beer and alcohol-free beer from the UK, will replace the current options brewed in Germany.

“There will be an inevitable transfer of trade post-Brexit to countries outside the EU, which will reduce prices in shops and pubs,” he said.

The move was part of a review all products over the next six to 24 months, he said, adding: “We intend to honour existing contracts with EU suppliers, some of which have several years to run.

“However, we are starting to make the transition to non-EU trade now.”

Wetherspoon, which has 880 pubs, will replace champagne with sparkling wines from the UK, such as from the Denbies vineyard, and Hardy’s Sparkling Pinot Chardonnay from Australia.

The chain sells fewer than 100,000 bottles of champagne a year and stocks only Moët & Chandon.

He said that he intends to find a replacement for prosecco from the UK or new world countries which include Argentina, Australia, Chile, New Zealand, South Africa and the US.

“The general message is that sparkling wine is a growth product,” said Mr Martin.

A representative of France’s champagne industry was unconcerned by the decision. “It seems to be economically driven, combined with Mr Martin’s strong expressed feeling about European products,” said Francoise Peretti, director of the Champange Bureau UK.

Wetherspoon will continue to serve Kopparberg cider from Sweden, as the company has said it will transfer production to the UK post-Brexit. “In similar situations we will work closely with suppliers of niche products,” Mr Martin said.

The pubs sell 6 million bottles of Kopparberg each year.