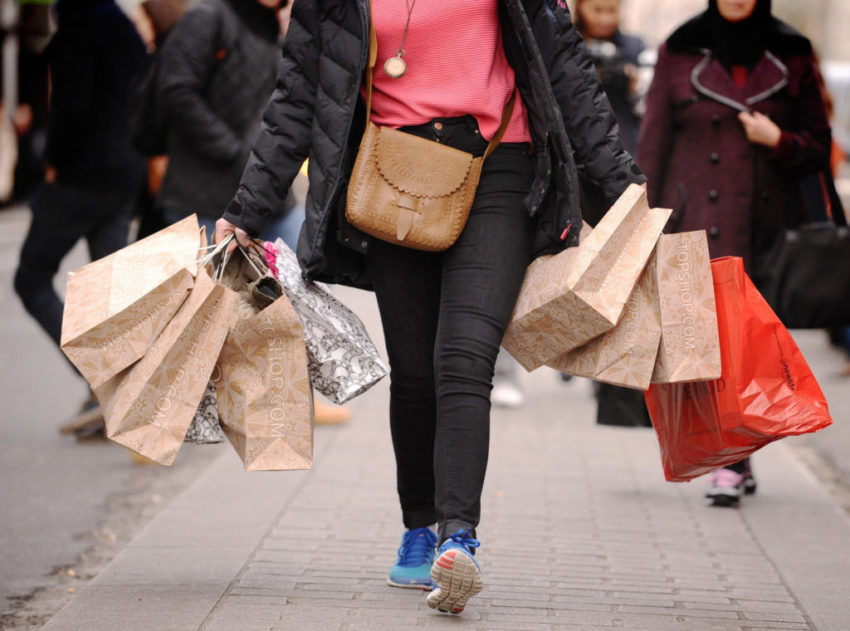 Consumers and retailers alike had plenty to contend with in 2018, from ongoing turmoil on the high street and uncertainty around Brexit to some of the most extreme heat and cold in decades.

However, the wedding of Prince Harry and Meghan Markle gave consumers an excuse to put up the bunting and celebrate with the neighbours, while England’s thrilling World Cup run proved a massive boost to supermarkets and television retailers.

John Lewis records a spike in sales of vegan chocolate during the month renamed by some in retail circles as “Veganuary”.

Despite celebrating its 60th anniversary in January, Lego remained top of the toybox with one search for the plastic bricks every 30 seconds on eBay. The online marketplace saw almost one Lego Harry Potter-related item flying off the virtual shelves every 10 seconds.

Valentine’s Day proves more popular than ever, with card sales up 148% on last year at John Lewis.

The cold weather blast dubbed the Beast from the East continues into the middle of March, affecting footfall and sales on the high street. However, cold weather products flew off the online shelves, with John Lewis reporting sales of boots were up 63% and hats and gloves were up 20%.

Despite this, Britons started to turn their homes into sanctuaries, with shoppers snapping up hot tubs and embracing interior trends like jungle fever, unicorn chic and faux-liage. Ebay reported selling almost 2,000 “palm tree” items during the first two weeks of the month.

Crocs made their way into our wardrobes once more after shoppers logged 25,000 searches on eBay for the plastic shoes, inspired by designer iterations at Balenciaga and Christopher Kane.

Kate Middleton was also crowned top royal influencer with her maternity style while pregnant with Prince Louis, generating more online searches on eBay than any other royal over the past year. Searches for designer Jenny Packham more than doubled when Kate appeared outside the Lindo Wing in a red Packham smock dress for Prince Louis’s debut.

The new season of Love Island begins on ITV and the nation is hooked. Sales of Elemis Tan Accelerator shot up 51% at John Lewis, thongs were up 72% and men’s swimwear sales rose by 33%.

Ebay reported that Love Island was behind eight bean bags and seven sun loungers selling every half hour. There were almost 40,000 “Love Island” listings on eBay.co.uk, with items ranging from prosecco glasses to the famous water bottles. One hot tub sold every minute on eBay in the week leading up to the new series.

Ebay attributed sales of a waistcoat a minute to Gareth Southgate fever, as well as 18 purchases of artificial turf every hour – a 16% increase compared to last summer.

Britain bakes under an extended heatwave and the weather once again affects footfall as hot and weary consumers opt to stay home in the relative cool. Sales of John Lewis fans and air conditioners rise by 120% before selling out. Sales of paddling pools and inflatables go up 77%.

Britons went glamping crazy with eBay reporting more than 3,000 teepees sold over the month, while airbeds also saw a spike in sales of 167%.

A study by eBay found that many – particularly parents – are increasingly turning their backs on “always on” technology and embracing a retro revival with surges in sales of vinyl, board games, and jigsaws. The marketplace sold more than 25,000 jigsaw puzzles in one month – or nearly 35 per hour.

For the first time in the site’s 22-year history in the UK there were more than 1,000 British eBay millionaires, with the list of top businesses including home furniture and DIY, car parts, clothes and computers.

British parents embraced the festive spirit as they got ready to spend £5.5 billion on toys in the run-up to Christmas. Ebay saw almost 226 million searches for unicorn-related items on the site in 2018, while its “12 Toys of Christmas” included several favourites such as “Myla the magical make-up unicorn”, “FurReal Friends Ricky the Trick Loving Pup”, and Lego favourite the “Creator Pirate Roller Coaster”.