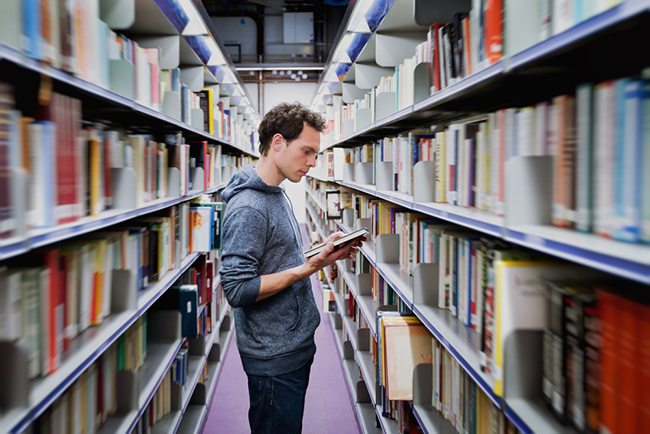 Worrying new research shows that students and school leavers remain unaware of the increasingly varied and highly paid career paths they can choose to follow without a degree.

AAT recently tested 2000 people of all ages across the UK on their knowledge of careers and organisations which don’t require a university degree. This was in a bid to raise awareness of the alternatives to higher education available to students, in particular apprenticeships, which can be a gateway to some of the highest paid jobs of the future.

According to the survey, 79% of young people (16-24 year olds) think you need a university degree to work in a management role in some of the world’s most prestigious organisations. This includes tech giants Google, Microsoft and IBM, as well as global accounting firms KPMG, J.P Morgan and PWC. In all examples, this is not the case.

At the same time, when asked about which top tier jobs don’t require a degree, 8 in 10 young people (16-24 year olds) were not able to complete the quiz answering all questions correctly– over 5 in 10 wrongly think you need one to become a nuclear scientist and over 4 in 10 incorrectly believe it is the only way to become a solicitor, an aerospace engineer or an accountant. In fact apprenticeships are a valuable route into all of these top careers.

Additionally, 71% of 16-24 year olds incorrectly identified a number of industry leaders as having a university degree.  These include Evan Williams – co-founder and former CEO of Twitter; Anna Wintour – editor in chief of Vogue Magazine; Dragons’ Den investor Deborah Meaden; co-founder of Microsoft, Bill Gates and founder of the Virgin Group Sir Richard Branson.

This comes despite the majority of the public stating that on-the-job training is more important than a degree, amid uncertainty among Brits about whether a degree will pay off. According to the survey, people place more value on on-the-job-training and work experience or internships than a university degree when it comes to succeeding in their careers. And nearly 1 in 6 Brits said their degree didn’t adequately equip them for the world of work.

Recently, the World Economic Forum Future of Jobs Report cited that ‘by 2022 the skills required to perform most jobs will have shifted significantly’ which indicates the future of work will be increasingly about skills training.

Among the top five skills people of all ages think they need to land the high paying jobs of the future, communication, leadership, digital skills problem solving and work ethic came out on top.

Rob Alder, Head of Business Development at AAT, who commissioned the research, said: “Increasingly top employers are looking beyond an applicant’s education to find out whether they have the skills to succeed in a role. This is why many organisations are championing new apprenticeship opportunities to help young people chart their own successful path beyond the traditional university degree. For instance, accountancy apprenticeships are up 12% year on year with some large employers increasing their apprenticeship intake.

“Apprenticeships can offer the best route into some of the most highly skilled jobs. Yet, the survey shows that awareness of these opportunities is still too low. We hope that by highlighting people’s misconceptions, we can encourage young people to consider more alternative education options to enable them to thrive in the future.”

Anna Purchas, Head of People at KPMG, said: “Gen Z have a whole host of career options available to them – many of which didn’t even exist when their parents were the same age. Despite this many parents still feel pressure to sign post their children towards more ‘traditional’ academic routes. University isn’t for everyone – while some people really enjoy the experience, for others the idea of three more years of classroom based learning fills them with horror. It’s easy to think that if you have good grades you should ‘tough it out’ because you assume that without a degree you won’t be able to secure as good a job or earn as much in the future. But the truth is there are other options out there which can see you end up with the same salary and career path as someone who went to university – with a whole range of opportunities to earn while you learn. Apprenticeships can be a fantastic start to a person’s career and I’d encourage anyone thinking about their next steps to find out more.”