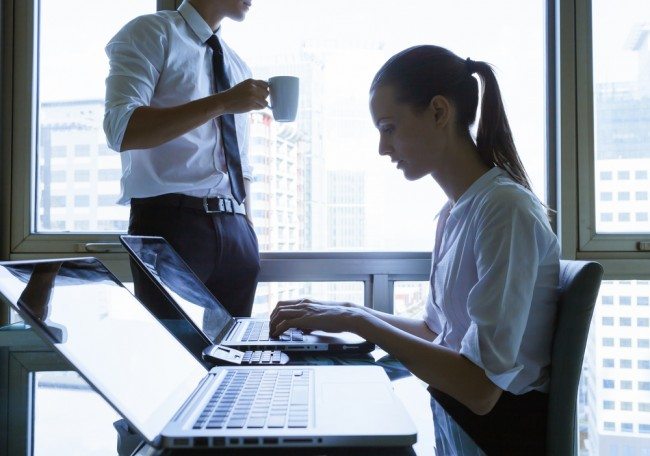 Research into the workplace dynamic has always been a forte of social psychologists. Areas of teamwork and social interaction have been analysed in depth, but the gender differences in cooperation had always proved a bit of a sticking point.

However, a study by Rolf Kuemmerli at Edinburgh and Lausanne universities found that men find it difficult to cooperate with women.

The results of this study were not surprising. The most basic elements of psychology suggest that men have a more competitive edge, and often adopt a ‘winner takes all’ mentality.

Women have more natural instincts to nurture relationships, but men view cooperation as an exception rather than it being the norm.

Kuemmerli and his participants played a variant of the game ‘Prisoners dilemma’ in which two people get caught with a stolen painting, spattered with blood, and both are suspected of having committed another, more serious offence – murder – of which there is no proof.

They are held in separate cells and not allowed to contact each other. The police offer each of them a deal: if one informs on the other and reveals the more serious crime, they can go free and the other is imprisoned for life.

The dilemma is that they do not know what the other will do: if both inform, both could end up serving life terms, yet if both cooperate with each other they will only serve a short sentence for theft. The game is repeated so players build up a feel for whether they are dealing with a cooperator or a defector.

Women cooperated twice as much as men in this study, implementing strategies where they would retaliate and cheat on a player who had earlier cheated on them.

The female participants were also more adaptable to change, by sticking with methods that produced wins and abandoning methods that caused them to lose. Men were more stubborn with their approach, often sticking with the same strategy throughout.

The results also support multiple theories behind workplace relationships and leadership. Women leaders tend to be more open to ideas and listen to what others suggest, whereas typically, male leaders stick with their original plan and trust their own judgement.