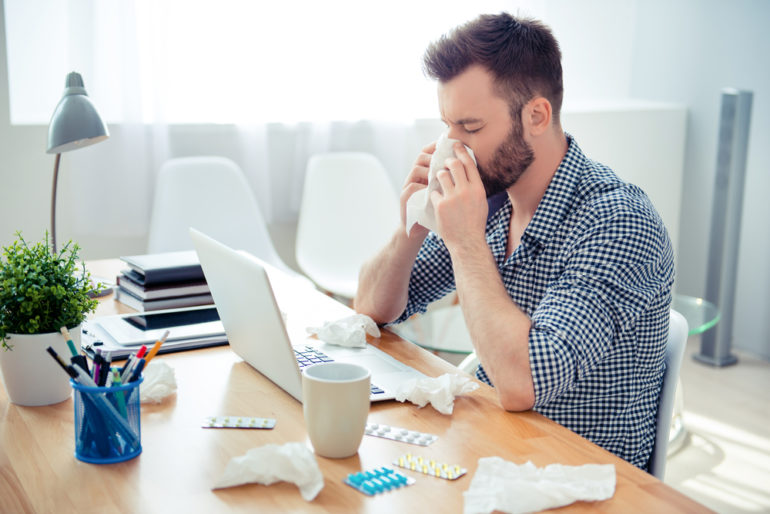 It has been a trick pulled for years by committed slackers: at the first hint of a sniffle, phone the boss, put on a croaky voice and get back under the duvet.

The sickie, however, appears to be on its way out among British workers, with figures showing that absence rates have halved in the past two decades.

Despite well-worn tropes about snowflake millennials, experts said that the workforce was more committed to getting into the office since they joined its ranks.

Anne de Bono, president of the Faculty of Occupational Medicine, said that it reflected better healthcare and a greater willingness among employers to support staff with problems.

The figures from the Office for National Statistics showed that sickness absence among employees who were otherwise healthy fell to 1.1 per cent last year, the lowest rate since records began. The figure was 1.2 per cent in 2017 and 2.2 per cent in 1997.

The most common reasons for taking time off work were a cough, cold or minor ailment, back pain and similar problems and an accident or food poisoning.

In total, Britons took 141.4 million days off work last year because of sickness or injury, equivalent to 4.4 days per worker, down from 7.2 per worker in the mid-1990s.

Overall sickness rates, including workers with long-term conditions, remain higher in the public sector, at 2.7 per cent last year, compared with 1.8 per cent in the private sector. The rate shows the hours lost from sickness or injury against total hours worked.

Women are more likely to take time off sick. Managers and senior officials had the lowest absence rate, at 1.3 per cent; the highest, at 2.9 per cent, was in caring and customer-facing roles.

Rachel Suff, senior policy adviser at the Chartered Institute of Personnel and Development, which represents HR workers, said that the trend contradicted evidence of increasing work-related stress. She warned that the new office curse was presenteeism: since the financial crash of 2008 there had been higher rates of working when unwell.