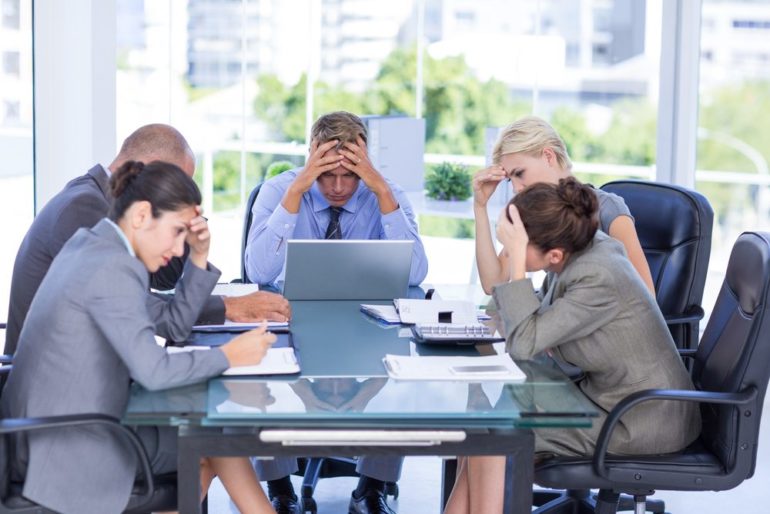 New research of the nation’s office workers has discovered the average Brit reckons 51 percent of the meetings they attend every week are utterly useless.

So much so that a staggering one in ten of the employees who took part in the study admitted to having nodded off during a meeting at some point in their life.

And in a bid to get through the tedium, the survey also revealed we will munch through 10,753 sandwiches, 19,552 chocolate biscuits and drink 15,642 cups of tea during our lifetime of meetings, the poll found.

In fact, 85 percent of those polled said they are much more likely to be enthusiastic about a meeting if food and drink is laid on.

The poll of full time employees found a quarter of adults dread one to one sessions with their boss about their progress, 26 percent hate awkward catch-up lunches with clients and 17 percent said they loathe annual general meetings.

Almost one in ten pass the time by flirting with colleagues over the meeting table, while 20 percent admit they text their other half to get through the boredom.

Four in ten of the adults surveyed said they like it when their diary is packed full of meetings as it gets them out of doing any ‘proper’ work.

Juan Diego Farah, Global Head of Deliveroo for Business said: “Meetings can be dull and traditionally the food and drink offered in them is pretty lacklustre, consisting of dreary biscuits thrown on a plate and lukewarm tea from an old office urn.

“Some meetings do drag on and breaking up proceedings with breaks for high quality food and drink can really boost people’s energy levels and their enthusiasm. Deliveroo for Business was set up so office workers and businesses across the world can have the same choice and access to great food at work as they do at home on Deliveroo”.

More than a quarter of workers say they are embarrassed when visitors come to their office for meetings as their hospitality is so poor – confessing to barely being able to scrape together tea and biscuits.