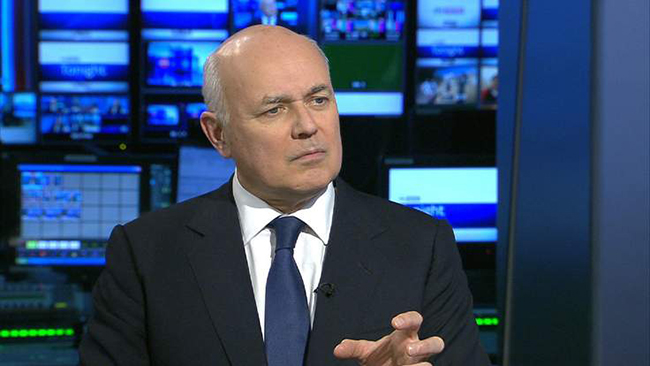 Sky News has learnt that Doug Gurr is to become a non-executive director of the DWP, with an announcement possible as early as this week.

Iain Duncan Smith, the Work and Pensions Secretary, is likely to have signed off on the appointment.

His arrival as a non-executive director of the DWP board reflects a broader push in Whitehall to inject greater business acumen onto the boards of Government departments.

Mr Gurr has experience of the machinery of government, having spent three years during the 1990s at the Department for Transport, eventually heading the policy team responsible for London Underground.

A former Asda executive, he also chairs the British Heart Foundation, and is a trustee of the Landmark Trust, a building conservation charity.

It is his role at Amazon which is likely to attract greater attention, however, given the current debate about the contribution to Britain’s tax-base made by US technology companies.

The latest backlash was sparked last month when Google revealed that it had agreed a £130m deal with Her Majesty’s Revenue and Customs to pay taxes dating back a decade.

George Osborne, the Chancellor, came under fire for hailing the agreement as a “victory”, particularly after it emerged that the payment equated to a tax rate of just 3%.

A number of other European tax authorities are reported to be negotiating much tougher deals with Google.

The row has sparked calls for a broader shake-up – or even the abolition of – corporation tax in its present form.

Amazon was accused during a parliamentary debate last month of being “at the least, morally complicit” in the evasion of VAT following complaints from British retailers about foreign rivals which sell products through US tech companies’ websites.

Last year, Amazon bowed to growing pressure to restructure the way it books sales when it said it was “now recording retail sales made to customers in the UK through the UK branch [which were previously] recorded in Luxembourg”.

That followed the disclosure that it had paid just £11.9m in UK corporation tax – which is levied on profit rather than sales – in 2014.

Mr Gurr’s appointment to the DWP board will see him join the chairman of Rolls-Royce and the former boss of Wm Morrison as directors of Whitehall departments.

The recruitment of business leaders to has received a varied response, with Lord Browne, the former lead non-executive in Whitehall, acknowledging that it had had a “mixed report card” before he stepped down last year.

He was replaced by Sir Ian Cheshire, the former Kingfisher boss who was recently appointed as chairman of Debenhams.