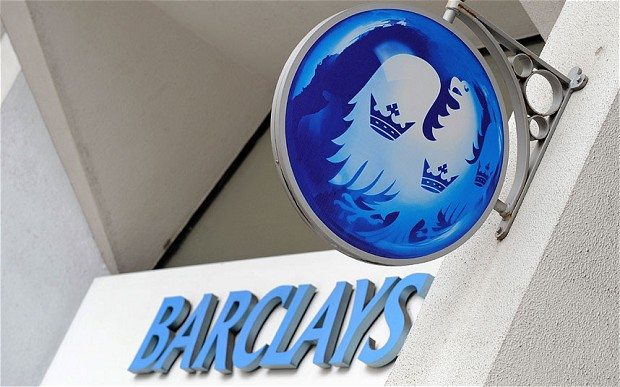 The loss compares to profit in the same period last year of £2.4bn and a second quarter profit of £1.2bn, and was largely the result of a £1.1bn charge against the value of its own debt as well as the impact of £700m provision for PPI compensation.

Profit on an adjusted basis came in at £1.7bn, in line with City analysts forecasts for the bank. Shares in Barclays dropped 3pc at the start of trading on Wednesday, reports The Telegraph.

The new PPI provision was disclosed to the market last week in a profit warning. In total Barclays has now set aside £2bn against PPI claims.

The swing in Barclays’ results is in part the result of an controversial accounting rule that requires the bank to take a charge against the value of its own debt.

The results are the first to be presented by Barclays new chief executive Antony Jenkins, who took the top job in August replacing Bob Diamond, who resigned in the wake of the public and political outcry that followed the bank’s admission it had attempted to manipulate Libor.

Mr Jenkins said the bank’s performance showed it had “good momentum”, despite what he described as the recent “difficulties” to strike the business.

“While we have much to do to restore trust among stakeholders, our universal banking franchise remains strong and well positioned,” he said.

Barclays said it bonus pool for the year was currently 10pc smaller than at the same point in 2011 and that it had put aside about £2bn to meet “performance costs”.

The bank said the decline would have been greater were it not for the increase in the cost of paying out deferred bonuses from prior years, which grew from £751m at this point in 2011 to £942m this year.

On top of the current scandals to hit Barclays, the bank admitted it could be sanctioned as early as today by the US Federal Energy Regulatory Commission. following an investigation into its power trading operations in the western US between 2006 and 2008. The bank said it would “vigorously defend this matter”.