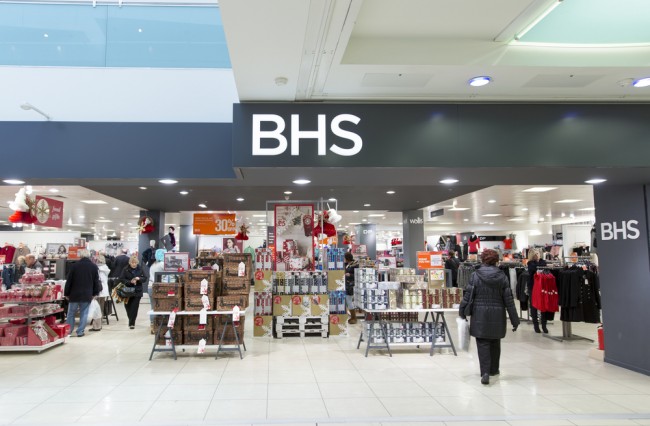 The retailer has submitted proposals to the High Court for a Company Voluntary Agreement (CVA) in an attempt to drive down rent costs for 87 of its 164 stores, reports The Telegraph.

BHS said that under a CVA it would seek “substantial” rent reductions at 40 stores that will otherwise be closed after a minimum period of 10 months. KPMG said the retailer will pay 25pc of the rent due on the stores.

The retailer’s attempts to negotiate cuts with institutional landlords have failed.

A second tranche of 47 stores are viable, BHS said, if rents are reduced to market levels. KPMG said that would mean pay 75pc of the rent for 21 stores and half the rent for 26.

The remaining 77 stores will be unaffected if the CVA proposals are accepted. Creditors behind a minimum of 75pc of BHS’s debts must agree for the scheme to go ahead.

The retailer lost £85m last year. Its owners have taken a £65m loan and leased its flagship Oxford Street store as they have sought to slash costs.

Darren Topp, BHS’s chief executive, said: “The CVA proposal that we have announced today is a necessary milestone in resetting British Home Stores to ensure its long-term future as an iconic British retail brand.

“Some of our stores are loss making as we are being charged rents that are too high relative to today’s market. The CVA will address this issue.”

It is nearly a year since BHS was sold for £1 by Sir Philip Green’s Arcadia Group to a previously obscure vehicle called Retail Acquisitions, backed by a group of financiers, accountants and lawyers.

Mr Topp said: “Although a difficult process to go through, this sets in motion the comprehensive updated turnaround plan that we have identified, and gives British Home Stores a secure financial footing from which to grow and deliver sustainable profitability.

“BHS will continue to trade as usual and we thank our staff and customers for their continued support.”

BHS said it would also restructure its head office and strip out layers of in-store managers.

The retailer’s pension deficit, which a t the last count stood at £207m, remains a major barrier to any turnaround. BHS said it was in active discussions to address the shortfall.