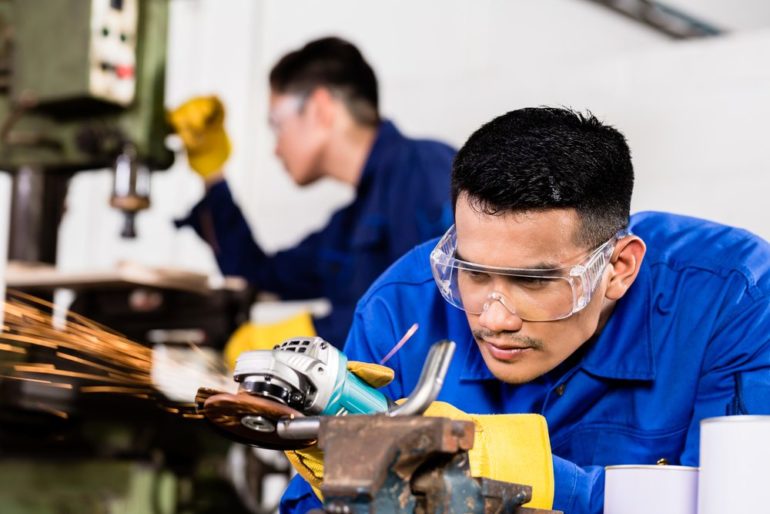 The number of manufacturing firms citing a shortage of workers for limiting their investment plans is at its highest for four years, according to a survey by the CBI.

The employers’ body also found that growth in factory orders had slowed in October to its lowest level in nearly 12 months and that optimism about business conditions had fallen for the first time in a year, The Guardian reports.

“We’ve seen a general softening in manufacturing activity over the past three months, with the outlook for investment becoming more subdued,” said Rain Newton-Smith, the CBI’s chief economist.

“To boost investment growth, government should use the budget to provide a fillip for factories through business rate reforms, including exempting new plant and machinery from rates altogether.”

Newton-Smith also called for a change to setting rates based on the consumer price index (CPI) measure of inflation, rather than the retail prices index (RPI), which is typically higher.

Even so, she said, growth in orders and output was above historic norms in the survey of almost 400 UK manufacturers. It showed that firms were working at their closest to full capacity for nearly 20 years.

Concern over skills shortages was at its highest level in four years, the CBI said, and firms were expecting to cut back planned capital expenditure on tangible goods.

The CBI was among the five UK business lobby groups warning the Brexit secretary, David Davis, that time is running out for the government to strike a transition deal before firms start to rein in spending plans as they finalise budgets for 2018.

Its latest quarterly industrial trends survey was published just hours after a survey by the EEF trade body found that manufacturers were reining in investment as uncertainty over Brexit made them more reluctant to spend money on new factories and machinery.

The EEF called on the chancellor, Philip Hammond, to use his budget on 22 November to introduce measures that would encourage business investment, a view echoed by the CBI.

“Despite robust demand leading to the proportion of firms working at full capacity increasing to its highest level since 1998, business optimism and investment intentions fell,” said Wishart.

“However, other parts of the survey cast doubt on whether firms needed to increase investment. Only 14 per cent of respondents said that they had less than adequate capacity, with 8 per cent saying plant capacity in particular was the main factor restricting output.”

The Bank of England’s monetary policy committee will decide next month whether to increase interest rates from their historic low of 0.25 per cent. Data due to be published this week is expected to show that UK growth stalled at 0.3 per cent in the third quarter of the year.

The slump in the value of sterling since the vote for Brexit in June 2016 is regarded as helpful for manufacturers reliant on export markets, as the fall in the currency against the euro and the dollar makes it relatively cheaper to sell abroad.