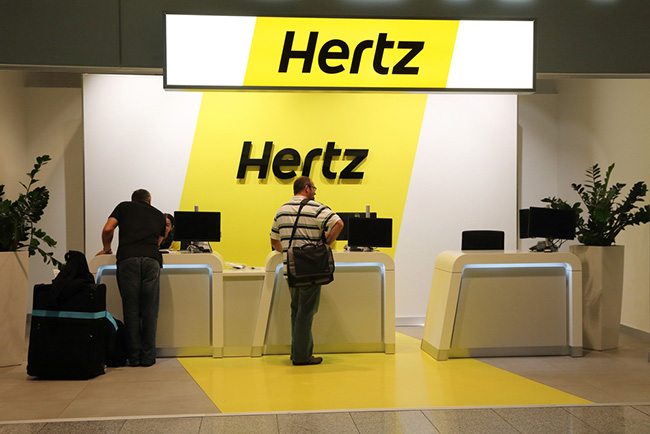 Holidaymakers are being warned to expect a summer of car hire disruption after it emerged that the DVLA is to scrap the paper counterpart of driving licences from 8 June, with drivers told to obtain a special online code before heading abroad – or possibly be refused a rental car.

In what it says is a purge on red tape, The Guardian reports that the DVLA is abolishing the paper counterpart that currently accompanies all UK photocard licences. It is advising drivers to destroy the document (not their paper licence if they still have one) because it will no longer be legally valid. Instead, all endorsements will be held electronically on a web-based service called “Share Driving Licence”.

But fears are growing that the “very muddled” introduction of the new rules will almost certainly lead to some hirers being turned away by car firms this summer. This is because many car hire companies insist on examining the paper document to check on any endorsements or bans.

After 8 June holidaymakers will have to log on to the DVLA website the day before they leave and input their driving licence number and national insurance number. The system will then generate a one-time passcode which the holidaymaker can give to the hire company when they arrive at the desk.

The code is only valid for 72 hours, which will mean that holidaymakers hiring a car in the second week of a foreign trip face having to find an internet cafe and log on abroad, or pay roaming charges, if they want to show the car hirer their record. If they fail to produce the online code, the car hire firm may call the DVLA’s premium rate line (charged at up to £3 a minute) to check the driver’s status – if they can get through.

A spokeswoman for Hertz says: “We will ask customers for the DVLA one-time pass code, or for the PDF of the driver record, or we will use the DVLA premium-rate line – but this has restricted hours of operation.”

DVLA says the Share Driving Licence system, which is still being worked on, will be ready in time for 8 June.

It says consumers will also be able to download their driving history as a printable PDF, although it is unclear whether all car hire firms will accept that, or how drivers without access to a computer will cope.

DVLA insists that the changes have been widely publicised but few people we contacted this week were aware of them, including frequent car hirers – and even people working close to the industry.

Consumers booking car hire for post-June holidays have not been warned the new rules are coming into play. The terms and conditions of most car hire firms still explicitly state that paper counterparts must be produced at the time of hire, and do not warn of the impending rule changes.

For example, Avis’s booking terms currently state: “You must bring your original driving licence with you in both parts if it is a new-style UK licence. Failure to bring both parts may result in the rental being refused.”

However, it said that from 8 June the counterpart will no longer be required, adding that it is working with the DVLA to ensure “minimal disruption”.

The British Vehicle Rental and Leasing Association which represents the car hire industry, says UK hirers unaware of the rule change will most likely be treated in the same way as those who currently turn up without both parts of the licence.

Staff phone the DVLA’s 0906 premium rate number, and charge the customer accordingly. It couldn’t say what would happen to car hirers abroad as foreign hires are not part of its remit.

Mark Bower of the car hire insurance website MoneyMaxim.co.uk is fearful of major problems at car hire desks across Europe this summer. “Most people are simply unaware that these changes are on the way – and it is not just renters. I spoke to one big car hire firm in Portugal this week and they knew nothing of the changes to UK licenses. Six weeks away from implementation the whole thing is very muddled.”

He advises holidaymakers to follow the DVLA instructions but at the very least to take their national insurance number with them.

And he also fears that some of the more unscrupulous operators might use this issue as “another excuse” to persuade hirers to take the firm’s expensive extra insurance.

He recommends that drivers obtain a PDF copy of their driving history from DVLA prior to heading off on holiday as “probably a wise move especially in the first months of transition”.