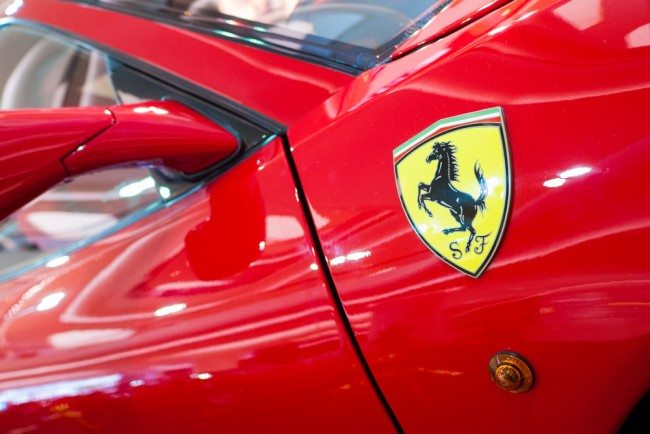 Shares in Ferrari will make their debut on Wall Street on Wednesday, after demand from investors saw them priced at the top end of expectations, reports The Guardian.

The group’s initial public offering raised $893m (£579m) on Tuesday, valuing the company at almost $10bn, as enthusiasts snapped up the shares alongside institutional investors.

Ferrari, controlled by Fiat Chrysler Automobiles, pulled out all the stops to market itself to some of its cars’ owners as well as Wall Street, and also limited the offering to a 9.1 per cent stake in the company.

The strategy paid off, as the IPO was priced in New York on Tuesday at $52 a share, the top end of its indicated $48 to $52 per share range, according to people familiar with the matter.

Shares in the group, known for its prancing horse logo, will start trading on Wednesday and list on the New York Stock Exchange under the symbol “Race”.

The proceeds will be used to help fund FCA’s ambitious growth plan centered around the revamp of its Alfa Romeo, Jeep and Maserati brands. A successful listing will bolster FCA’s finances at a time when its calls for a merger partner have fallen on deaf ears.

Fiat Chrysler is taking Ferrari public to sell a tenth of its 90 per cent stake in the company. All proceeds from the IPO will go to FCA, according to a regulatory filing.

The luxury car company also approached a different investor mix, attempting to capitalise on the emotional resonance of its brand. It targeted more retail investors than a typical IPO, honing in on high net-worth individuals and Ferrari owners, some of whom said they got letters this summer inviting them to buy company shares once it listed.

“A classic Ferrari is a better investment than the stock, but I still plan on buying shares,” David Radeloff, who has owned a number of the cars, said in New York before the offering.

The strategy demonstrates an understanding of what drives many investment decisions, said Meir Statman, professor of finance at Santa Clara University and author of What Investors Really Want.

“The utilitarian benefits of a Ferrari are no different from those of a Toyota,” he said. “Both will take you from home to work and back. But Ferraris yield expressive and emotional benefits that Toyotas cannot match. A 70-year old in a Toyota is old, but a 70-year old in a Ferrari is young.”

The overall windfall for FCA, including proceeds from the IPO and €2.8bn($3.2bn) to be transferred to the parent as part of Ferrari’s spin-off, is seen at around $4.2bn.