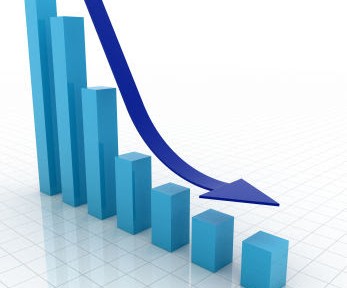 In the first three months of the year, national wealth as measured by gross domestic product shrank 0.3 per cent reports The BBC.

That follows a 0.4 per cent contraction in the last three months of 2011.

Most economists expect the economy to have shrunk between 0.2 per cent and 0.5 per cent in the three months to June from the same period last year.

In its annual report, the IMF said that the UK faced “significant challenges” from a stalling recovery, high unemployment and threats from the eurozone.

Nearly 2.6m people remain jobless in the UK despite recent falls in unemployment – that is 8.1 per cent of the UK workforce.

Being out of work or fearing being made redundant has made UK firms and households reluctant to spend money or invest.

Furthermore, the economic downturn and debt crisis in the UK’s main trade markets in the European Union, and economic slowdown in the United States and China, mean overseas firms and consumers are also less likely to buy UK goods and services.

The UK government has a £123bn programme to reduce spending over the next seven years and slash national debt, which currently stands at £1.04 trillion, or 66 of GDP.

Last year, this austerity programme resulted in the loss of 270,000 public sector jobs. Thousands more will go this year.

The IMF praised the coalition government’s progress on reducing national debt and shoring up government finances, but noted that tax rises and spending controls since spring 2010 had reduced the UK’s economic growth by a cumulative 2.5 per cent of GDP.

The Fund warned that, if the UK economy had failed to return to growth by the second quarter of 2013, the coalition government should relax its spending cuts in order to bolster national wealth and prevent a prolonged economic slump.