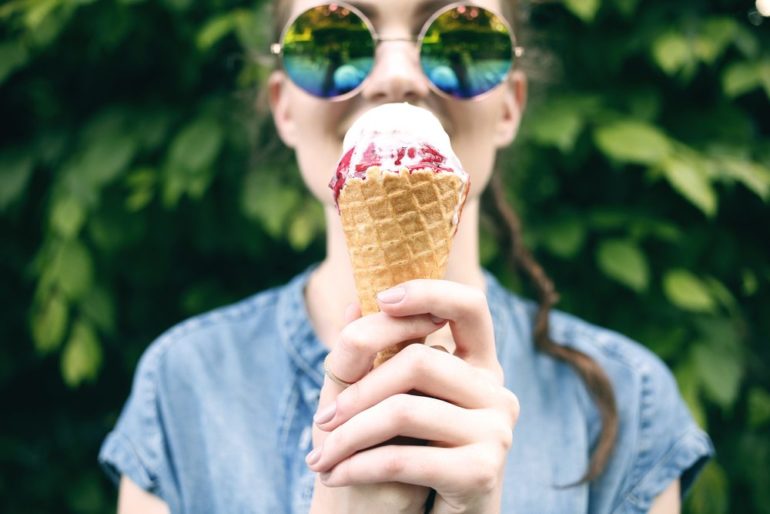 Sales of hand-held ice creams rose by 24 per cent as the UK basked in its hottest June since 1976.

More people also dined al fresco, with demand for quiche up 11 per cent.

A separate report from research firm Kantar Worldpanel pointed to inflation as the driver behind the fast growth in grocery sales, in addition to the warmer weather.

Kantar’s figures suggested an even sharper rise in sales, up 5 per cent, comparing the 12 weeks to mid-June with the same period in 2016.

Grocery prices rose 3.2 per cent over that period, said Fraser McKevitt, Kantar Worldpanel’s head of retail and consumer insight, which amounted to an extra £133 on the average household’s annual shopping bill.

“Butter and fish fans will be feeling price increases most keenly; butter is almost 20 per cent more expensive than last year while farmed salmon supply issues have been among the factors contributing to a 14 per cent price rise across fresh and tinned fish,” said Mr McKevitt.

All four of the UK’s biggest supermarkets reported higher sales over the three months to mid-June compared to the same period last year – the first time this has happened for about four years. Nielsen’s figures suggested Tesco was the biggest riser with trade up 4.2 per cent, while Kantar’s figures put it at a more modest 3.5 per cent with Morrisons growing more rapidly at 3.7 per cent.

Outside the big four supermarket chains, sales growth was also boosted by the hot weather. According to Nielsen, Iceland’s sales for the three months rose by 9 per cent.

At the other end of the market, Nielsen said both Waitrose and Marks & Spencer also attracted more customers, with revenues up by 4.5 per cent and 6.2 per cent respectively.

Mr Watkins said: “Looking ahead, a continuation in both the warm and dry weather and creeping inflation means growth should be maintained at around 3 per cent for at least the next few weeks.”