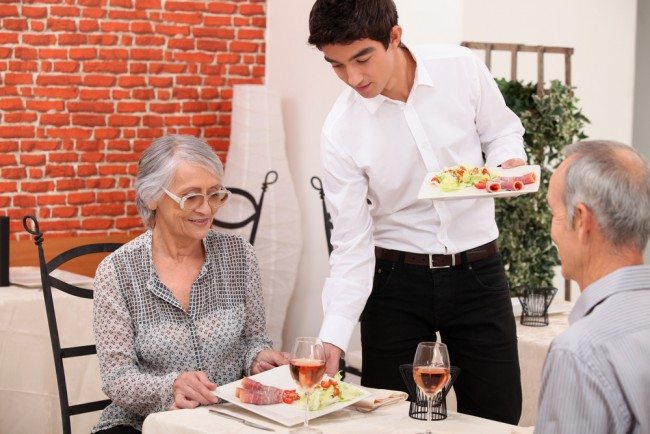 The influx of a huge number of eastern Europe migrants into jobs in catering, hotels and social care has led to an average 2 per cent cut in pay for workers in these sectors, reports The Times.

The report comes as David Cameron battles with Brussels to limit in-work benefits for EU migrants in an attempt to cut the numbers heading to Britain. The paper will be seized on by those who say that immigration has hit the poorest hard while helping the wealthy.

Hundreds of thousands of migrants have found low skilled jobs in the service sector, which makes up three quarters of the economy, in the past decade. It has been the most popular sector for migrants in recent years, according to the research.

Stephen Nickell, co-author of the report, said: “The biggest effect is in the semi/unskilled services sector, where a 10 percentage point rise in the proportion of immigrants is associated with a 2 per cent reduction in pay.”

Mr Nickell, a member of the Office for Budget Responsibility, the independent fiscal watchdog, added: “Where immigrants come from — EU or non-EU — appears to have no impact on our economy wide results; with the impact within the semi/unskilled services sector being small.”

Theresa May said in a speech to the Conservative party conference in October that mass immigration had helped force down wages.

The Home Secretary’s speech followed a report by the government’s official immigration advisers, the Migration Advisory Committee, which concluded that overall “the impacts of migrants on average wages tended to be positive at the top of the wage distribution and negative at the bottom”.

Net migration hit a record 336,000 in the year to June and the surge in immigration has resulted in foreign-born workers becoming a larger share of the UK’s working age population — up from about 8 per cent between 1984 and 1995 to nearly 20 per cent by last year.

While the proportion of immigrants working in all occupations has continued to grow since the mid-1990s, it has been greatest in low-skill occupations, the research said.

It also found that the concentration of EU immigrants has been substantially higher in low-skilled jobs in recent years compared with those from outside the 28-strong bloc.