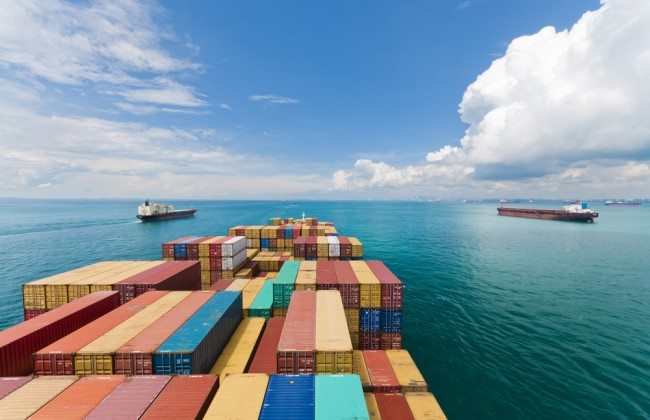 A report released today predicted that the UK economy’s adjustment to Brexit would be smoothed by increased international trade. Net trade is expected to contribute 0.2 per cent to Britain’s GDP this year and 0.6 per cent in 2018, bucking a negative trend which last year saw international trade subtract 0.4 per cent from GDP.

This is projected to offset a slowdown in consumer spending as Visa released figures today confirming the first quarter of 2017 was the weakest for spending growth since late 2013, reports City AM.

Exports from the UK are expected to grow by 6.7 per cent this year and 5.3 per cent in 2018, on account of increasing momentum in the UK’s major international trading partners.

Peter Spencer chief economic advisor to the EY ITEM Club, explained: “unlike 2008 when the pound last had a big fall, we are now selling into buoyant markets. Growth in world trade, which has been in the doldrums for several years, is now stronger than at any time since the initial bounce-back from the recession in 2010.”

But the report also warned of slowing growth in the years ahead, with GDP growth projected to drop to 1.2 per cent in 2018 before making a modest recovery to 1.5 per cent in 2019.

The report predicted that this year is likely to be tough for consumers, given higher inflation. Consumer spending is expected to slow dramatically from a projected 2 per cent in 2017 to 0.6 per cent in 2018.

Mark Gregory, EY Chief Economist, said that businesses may need to readjust their strategies. “The shape of the UK economy is changing now and businesses that focus unduly on Brexit risk being caught out.”