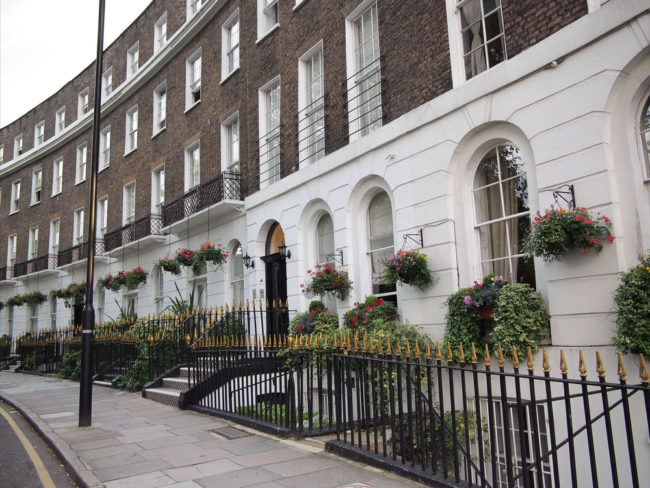 Lloyds found the “overwhelming majority”, or 96 per cent, of these prime properties sales were in London.

Prime apartment sales in the capital increased 193 per cent from 973 in 2006 to 2,853 in 2016. Last year such sales represented 35 per cent of all million-pound property transactions.

Kensington and Chelsea had the greatest increase in million-pound apartment sales in the last decade, rising from 357 in 2006 to 731 last year.

“A finite supply of land in prime Central London combined with a growing population has meant the only way is up with more and more developers focusing on apartments,” said Louise Santaana, head of lending at Lloyds Private Banking.

“In the past decade there has been a large increase in the building of high value apartments in Knightsbridge, West End, Victoria and King’s Cross, while Marylebone and Mayfair being the top two locations for most development. With demand still high there are more in the pipeline.”

The growth in sales of flats has outstripped other prime market property categories. Sales of £1m-or-more terraces have risen 165 per cent, while semi-detached properties rose 154 per cent and detached house sales increased 88 per cent in the last 10 years.

Despite a roaring trade in million-pound apartments, house price growth in Kensington and Chelsea fell at the sharpest rate in the capital, down 2.6 per cent.

The West Midlands became the region with the highest rate of annual house price growth, at 4.8 per cent.

“There is little in the short-to-medium term that will disrupt the market greatly, with interest rate increases seemingly on hold, mortgage supply and pricing remaining favourable and consumer confidence strong.”