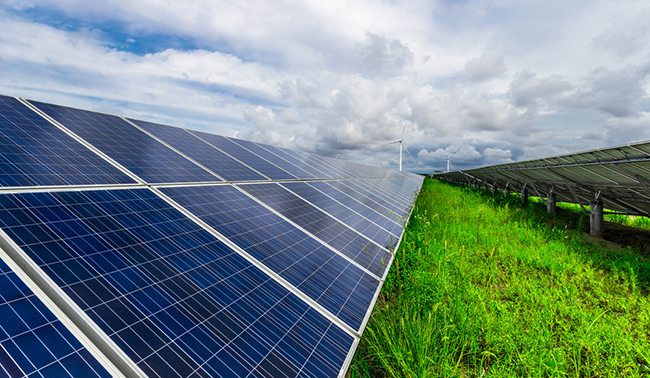 Solar generated around 1,336 gigawatt hours (GWh) of electricy in May, 50 per cent more than the 893GWh generated by coal, according to analysis by Carbon Brief.

Carbon brief had previously said that solar power beat two “largely symbolic” milestones in May when it beat coal for the first full day on April 9 and for the first week on May 3, reports The Independent.

The increase in solar-powered electricity comes as the amount of coal in the national grid fell to zero several times in May, thought to be the first time this had happened for more than 100 years.

Solar made up 6 per cent of the UK’s electricity in May, while coal made up only 4 per cent. In January solar made up 1 per cent and coal 17 per cent.

Better weather and longer days boosted solar power, while coal power has been on a steady decline in 2016, with some coal plants choosing to close.

Government projections expect coal power usage in the UK to be very close to zero by 2025. Some analysts think that recent plant closures mean the country could get there even sooner.

Coal plants will only run if they can sell electricity for a profit. The gaps in coal usage over the last two weeks have happened because coal plants are working on very thin or negative margins thanks to the cheapness of natural gas.

Wind farms and solar panels also generate electricity for near-zero cost once they have been built. All of these sources pay less carbon tax than coal, which is considered a dirty fuel. The odds are stacked against coal plants, many of which have little reason to stay open at all.

This leaves the way clear for solar power as the days get longer.

Dr Doug Parr, Greenpeace policy director, has called for the UK Government to support a shift to zero coal through policy to speed the way towards zero coal in the UK.

“There should be no problem with keeping the lights on if Government supports reliable and cheap renewables, grid flexibility and storage and energy efficiency,” Dr Parr said.