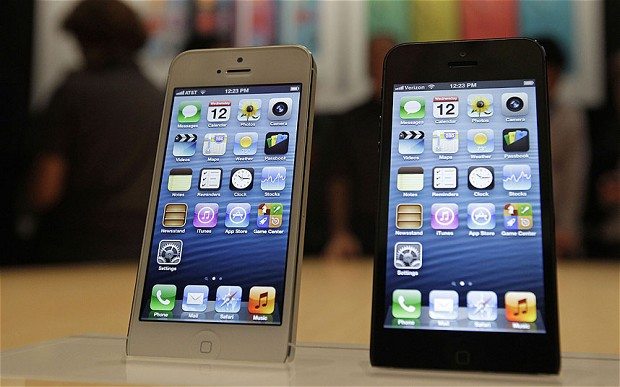 But in reality the jobs change announcement made by Apple had enormous, and contrasting, implications for two high-flying British expats, reports The Telegraph.

On the one hand, Apple’s restructuring in California marked another step in the seemingly unstoppable rise of Sir Jonathan Ive, the 45-year-old designer behind Apple’s most famous products, including the iMac, the iPod and the iPhone.

In contrast, the announcement marked the end of a fairytale move to the US for John Browett, the 48-year-old former chief executive of Tesco and Dixons who took over Apple’s retail operation in April.

He was recruited on a £36m five-year deal, though he will not be leaving with anywhere near this amount because his share options were due to vest in stages until April 2017. However, £1.87m in restricted stock units did vest this month.

Browett’s original appointment raised eyebrows on this side of the Atlantic, with some observers questioning whether the Dixons man was a good fit for Apple. Born in Rutland and educated at Cambridge, Browett has an MBA from the Wharton Business School at the University of Pennsylvania but he made his name at two high street retailers whose outlook is very different from Apple’s.

He seemed to get off to a bad start, angering staff at Apple’s shops by attempting to reduce staff and cut working hours – measures that the company later withdrew.

“John Browett was never really an Apple kind of guy,” says Patrick O’Brien, an analyst at Verdict. “The cost-cutting he implemented was very unpopular.”

Browett’s departure was so far down Apple’s press release announcing its restructuring on Monday that it was virtually a footnote. At the top was the departure of Scott Forstall, who has run Apple’s iOS mobile operating system since the first iPhone five years ago.

Forstall’s responsibilities have been divided among executives, including Ive, who will be responsible for “human interface” for both hardware and software.

Forstall was said to be difficult to work with and some reports claimed Ive would not take meetings with him. He joined Apple in 1997 when the company purchased NeXT, a move that brought the co-founder, Steve Jobs, back to the firm. Reports suggest that since Jobs died, last October, Forstall had been attempting to build power within the company.

He is said to have divided Apple insiders with his insistence on a design style that incorporated features such as the leather background of the Calendar app and a virtual shredder for deleting online boarding passes. While some liked the designs, others saw them as being at odds with Ive’s minimalist approach.

Asked about that apparent contradiction in an interview with The Daily Telegraph this year, Ive said: “My focus is very much working with the other teams on the product ideas and then developing the hardware and so that’s our focus and that’s our responsibility. In terms of those elements you’re talking about, I’m not really connected to that.”

He will be connected to those decisions now. The Chingford-born designer is estimated to be worth £80m and is one of the company’s most high profile executives.

Whatever the truth of Forstall’s relations with his colleagues, Apple Maps appears to have been the final straw. Released last month along with the iPhone 5, the new Maps feature in iOS 6 – Forstall’s responsibility – replaced Google maps but was soon found to be filled with errors and omissions.

Like Jobs, his successor Tim Cook has shown he can be ruthless when things need to change and he has implemented a structure that puts responsibility for Apple’s growing range of products in fewer hands. That means more responsibility for Sir Jonathan but his compatriot Browett has learned the price of failure the hard way.