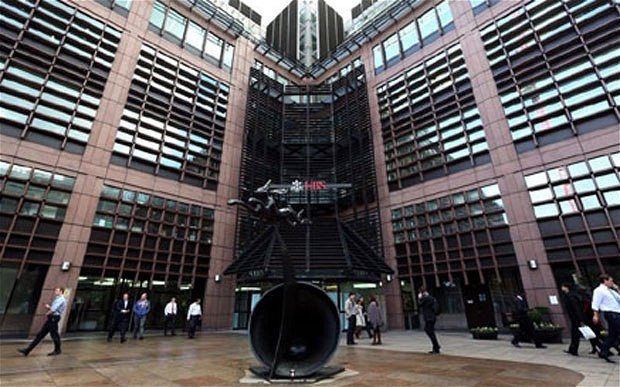 It was only when the UBS bankers had their passes refused that they realised they could be out of a job. Instead of being allowed into the bank’s City headquarters the traders were whisked to special offices on the fourth floor where they were handed an envelope containing details of the redundancy process, reports The Telegraph.

“It was like a scene out of the Village of the Damned up there,” said one of the bankers.

“They said we would be getting two weeks paid leave and then we will be told what is to happen. I expect we’ll just get a call from human resources or lawyers telling us how much we are worth. We won’t be able to talk to our bosses.”

Turned away from their offices, the bankers congregated in The Railway Tavern, one of the only pubs in the area to open at 8am.
“We were banging on the door,” said one. “Today is for drinking, tomorrow is for thinking about our careers,” added another.

Along with pints of premium lager and Guinness what the bankers were digesting was news this morning that the bank was to cut 10,000 jobs from its global workforce.

Although the bank failed to detail who many of its 6,500 London-based employees would be lost, scores were not allowed into the bank on Tuesday, instead being placed on “special leave.”
“Dear colleague,” the private and confidential letter started. “You will not be required to continue to perform you current duties at this time…”

The impersonal letter and the manner they were treated was seen by some as an insult, by others as a natural result of current economic and political conditions.

“It is about regulation, about politics, Switzerland demands the highest capital ratios, around, 18pc,” explained one of the bankers who asked to remain anonymous.

“They are just shutting down the capital intensive side of the business. Switzerland has lost all appetite for risk.”

The job cuts in London came as the bank announced it aimed to cut costs by SFr3.4bn (£2.2bn) by 2015. The bank, which is also facing the embarrassment of former trader Kweku Adoboli’s rogue trading trial, announced a loss of SFr2.17bn in the three months to the end of September.

UBS said it had taken a one-time charge of SFr3.1bn linked to its restructuring plans and a debt-related charge of SFr863m.