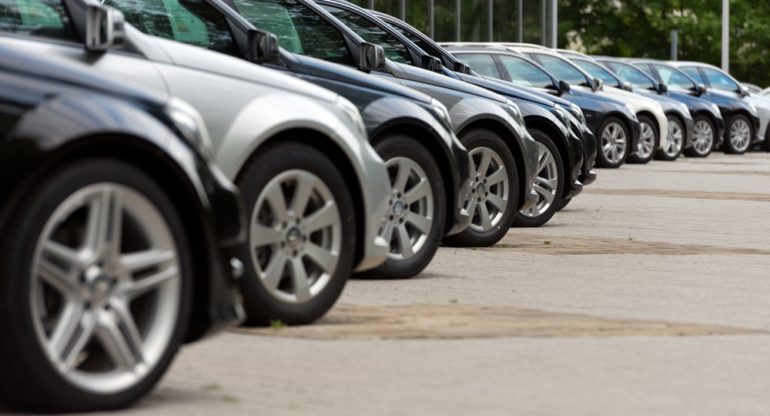 Britons are slashing spending on new clothes, cars and foreign holidays, according to new figures that underscore the effect on consumer confidence of rising living costs and the uncertainty surrounding Brexit, The Guardian reports.

Spending fell last year according to Visa’s consumer spending index, which it said was the longest-running slump since February 2013. The 0.8 per cent year-on-year decline in July was worse than June’s 0.2 per cent drop, but not as steep as the fall of 0.9 per cent in May.

The spending tracker highlighted a grim period for clothing and household goods retailers, with the amount Britons spent on updating their wardrobes and homes dropping 5.2 per cent and 4 per cent respectively. There was also evidence that staycations are in vogue this summer, with a drop in flight bookings contributing to a 6.1 per cent fall in spending on transport and communications.

Last week the clothing giant Next said sales at its high street stores had fallen 7.4 per cent over the past three months, and its chief executive, Simon Wolfson, described a “very difficult consumer environment for clothing”. July was also said to be the worst month for fashion retailers in eight years by the accountancy firm BDO in its monthly high street sales tracker. Sales were down 3.5 per cent despite summer sales being in full swing, according to the survey of retailers that between them have 10,000 stores.

Figures from the UK car industry also showed new sales falling for the fourth month running as Brexit uncertainty weighed on demand. Sales fell 9.3 per cent in July to 161,997 as consumers and businesses grew increasingly reluctant to commit to big spending decisions.

However used car sales are still strong and you can find Used cars for sale on London by Hertz Rent2Buy.

Buying a used car is a far more cost effective route to car ownership at a time when there is financial uncertainty.

“Alongside the renewed squeeze on household budgets, uncertainties linger over the direction of the economy and the outcome of the ongoing Brexit negotiations, which is weighing down consumer confidence,” said Fiddes. “All this makes it seem unlikely that consumer spending will recover in the current challenging conditions, and adds to expectations that the Bank of England will not hike rates any time soon.”

Last month the chancellor, Philip Hammond, admitted that the country’s slowing economic growth was down to the squeeze on the cost of living caused by more expensive imports. “Consumers are being affected by the inflation that was created by the depreciation of the currency in the autumn of last year,” he told one interviewer. “That will pass through the economy, but I absolutely recognise it’s painful as it’s passing through the economy.”

The economy grew by just 0.3 per cent in the second quarter of 2017, which followed 0.2 per cent expansion in the first three months of the year, according to the Office for National Statistics. Darren Morgan, the head of national accounts at the ONS, described the figures – which were below the long-term growth trend – as a “notable slowdown”.

It was not all doom and gloom. The Visa data pointed to an early surge in summer staycations boosting the domestic leisure industry, as the weakness of sterling made going abroad more expensive. Its analysis showed a 6% increase in spending in UK hotels, restaurants and bars. “The leisure sector is likely to have benefited from an early surge in summer staycations, as the weak pound made holidaying at home more attractive,” said Jenkins.

Last week, the Bank of England governor, Mark Carney, said there were signs that the uncertain outcome of Brexit negotiations was affecting firms’ plans to invest and to award pay rises. A survey of FTSE 350 company secretaries for the Financial Times by the governance body, Icsa, found rising concern about political risk – most likely because of uncertainty around Brexit negotiations.