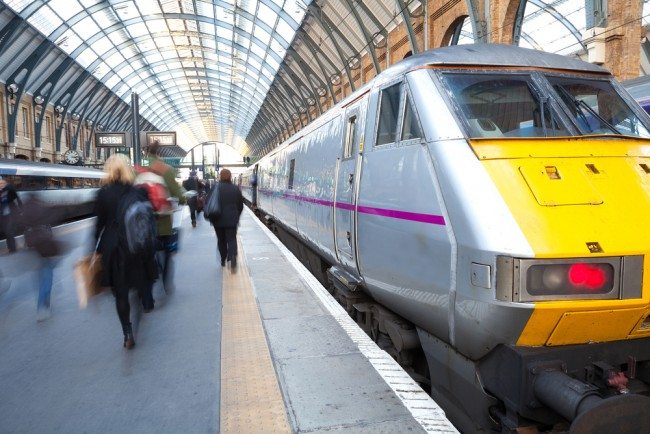 British commuters spend as much as six times more of their salaries on rail fares than their European counterparts do, campaigners claim, as millions return to work today paying new, higher fares, reports The Guardian.

Even after higher UK average salaries were taken into account, the study showed UK rail commuters were spending a greater proportion of their earnings than their peers.

Research by Action for Rail, a union-led campaign backing renationalisation of the railways, found a commute into London cost 13 per cent of an average monthly pay packet, while travelling the same distance into Rome would require just 2 per cent of an Italian salary.

The £357.90 monthly season ticket from Chelmsford to the UK capital would cost just £37 for the equivalent in Rome, £56 in Barcelona and £95 in Berlin. Even the £234 paid in Paris, the second costliest in Europe, was 30 per cent less than the UK season ticket.

Rail fares have been rising above inflation for more than a decade as successive governments attempted to shift more of the cost of the railways from taxpayer to passengers. The latest annual fare rise, which took effect over the weekend, increased regulated fares by 1.1 per cent. Although the government has pledged to freeze fares in real terms, ticket prices have been pegged to the Retail Prices Index. That means they have now been increased well above the more usual measure of inflation, CPI, which is currently zero.

Action for Rail plans to hold protests at more than 60 stations around the country against fare rises and in support of public ownership on Monday. It claims that the cost to passengers or taxpayers could be reduced by £1.5bn if rail franchises were returned to the public sector. YouGov polling conducted for Action for Rail found again that a majority of British adults – 62 per cent – supports public ownership of train operating companies and thinks fares are exorbitant.

The TUC general secretary, Frances O’Grady, said: “It’s hardly surprising that UK passengers think rail travel is bad value for money. Years of failed privatisation have left us with exorbitant ticket prices, overcrowded trains and ageing infrastructure. Ministers need to wake up to this reality instead of allowing train companies to milk the system at taxpayers’ and commuters’ expense.”

The RMT general secretary, Mick Cash, described the latest fare rise as “national rail ripoff day”, saying that the British public would “awake to another kick in the teeth from the greedy private train companies”.

Mick Whelan, general secretary of Aslef, said: “Taking the railways back into public hands is a popular policy. The vast majority of voters – Conservative included – are fed up with paying sky-high fares so the privatised train companies can take their slice.”

However, train operating companies said that the research ignored the quality of the service and the level of subsidy paid by taxpayers – and pointed out that fare increases were dictated by government.

Paul Plummer, chief executive of the Rail Delivery Group, which represents Network Rail and train operators, said: “For a decade successive governments chose to increase season tickets above the rate of inflation so passengers pay more of the cost of running the railway and taxpayers less. But more recently government has chosen to stop this trend.

“By looking purely at price, these figures also ignore that trains in Britain are often faster and more frequent than those on the continent and that European railways are often more subsidised by taxpayers or do not spend as much maintaining and improving their networks.

“Whereas the network was running at a £2bn-a-year loss in 1997, in terms of day-to-day costs, it now virtually covers these expenses, meaning government can focus investment on renewing and improving the railway to meet Britain’s needs.”

The rail minister Claire Perry said the government had “put a stop to inflation-busting increases in regulated fares until 2020”. She said the pledge meant earnings were outstripping rail fare increases for the first time in a decade.

Perry added: “Our plan for passengers is improving journeys for everyone – it’s transforming the tickets people buy, how much they pay for them, the trains they sit on, how quickly they arrive and the stations they arrive in.”

Season ticket costs have risen by an average 25% since 2010 – but Labour has highlighted that the price of some season tickets, such as between Tame Bridge Parkway near Walsall and Nuneaton, have gone up by 38 per cent in that time.

Spokesman Martin Abrams said: “We want to see a ticketing system that reflects modern working patterns and makes rail travel a viable choice, not just for the UK’s millions of part-time workers, but also for the thousands more who are currently prevented from working due to the cost of the commute.”